Kelly’s Knob lookout provided us splendid views of the town and surrounding area before we went exploring the fascinating layered sedimentary rock formations of the Hidden Valley National Park. Aside from the eroded gorges and brittle red peaks, the park is also home to Spinifex grass, boab trees and a variety of wildlife. It is often referred to as the 'mini' Bungle Bungles after the more famous rounded rock towers of the Purnululu National Park. I'm happy to have visited Hidden Valley because Purnululu was closed for the wet season. 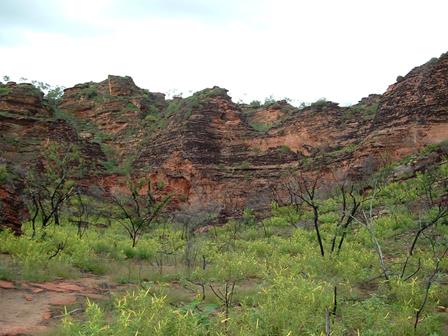 The following day we visited the Zebra Rock Gallery. This rock is totally unique and only found in the Kimberley region of Australia. As the name would suggest, its appearance is rhythmic patterns of red bands or spots that contrast with a lighter background. In the workshop they were creating various items that were then polished and sold in the shop. Outside, we took some bread down to the river to feed the catfish and turtles. We also watched as a couple of freshwater crocodiles circled around the area. 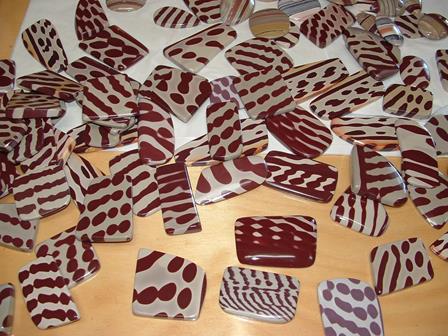 On a short detour, we were able to marvel at the spectacular sight of enormous Lake Agyle. Created in 1972, it is the result of the season Ord River being dammed and is Australia’s second-largest reservoir. It has the capacity to hold the equivalent of 18 Sydney harbours and provides year round downstream irrigation. It is also now and important wildlife habitat for migratory birds, freshwater crocodiles and even marsupial colonies. After taking in the views from the lookout we also drove across the dam wall.

Our next night was spent a night at Halls Creek which is an aboriginal community that sits between the Kimberley to the north and the Great Sandy Desert to the south. It was an adventure just getting there after getting delayed by the Ord River being a full metre over the road. Fortunately we only had to wait two hours for it to drop 70cm to get through. A long line of vehicles and people had been waiting all day for that to happen! The frustration of waiting was too much for some and we watched in amazement as a vehicle attempting to cross drifted slightly downstream before coming to a rest. 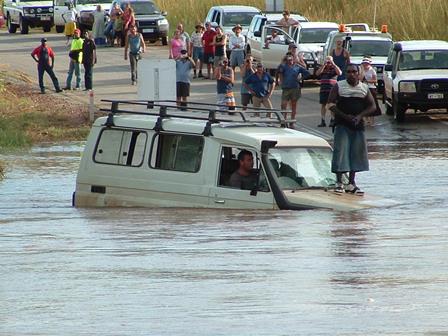 It was a dry night dry but it started raining in the morning again. Wet season just isn't a good time of year to be travelling with a tent in the top end of Australia! If the rain doesn't get you the mosquitoes probably will! We considered going to Wolf Creek Crater Park but the risk was that the rain may bring the river levels up to a point of being stuck there for days. After having seen the movie, the thought didn't have much appeal so we continued west and made camp in a rest stop near the rugged little town of Fitzroy Crossing. 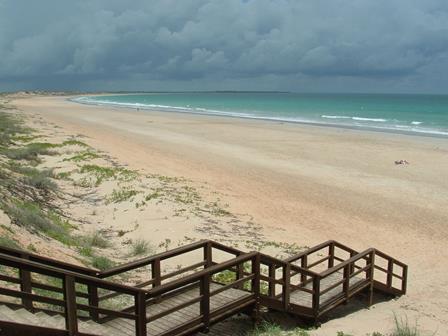 The next day brought us to Broome and the beautiful Cable Beach. Contrary to the regulations we camped right on the sand and had a swim in the morning. I did a 16km run down the beach which was great, even if I got rather sunburnt doing it. Broome is a nice place although it was very quiet in March. From May to October tourists and backpackers virtually double its 14,000 population. The town has an interesting pearling history and learnt a lot about it by visited the museum there.