We had a couple of snorkelling sets which proved invaluable over the next few days. The first place we used them was at beautiful Turquiose Bay. Along this stretch, white sand gives way to clear, warm water and of course the reef itself which was only about 100 metres from the shore. The natural current here runs parallel to the shore so we could walk down the beach and snorkel back with a minimum of effort. Great when we didn't have flippers anyway! The colours of the coral and tropical fish were stunning and easily comparable with the Great Barrier Reef. 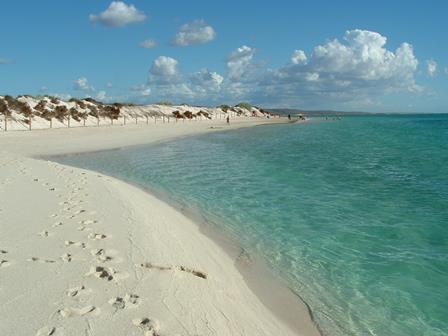 We camped at a place called Yardie Creek which was down the southern end of the park. In the morning we had a swim and walked the Yardie Creek Gorge. With water flowing in the bottom it was very picturesque and got a few nice photos. By contrast, the Mundi Mundi Gorge was dry and although we could hike back through the bottom, it was nothing special. The temperature during these few days was very hot so by the time we finished the second walk we were hanging out to go snorkelling again! 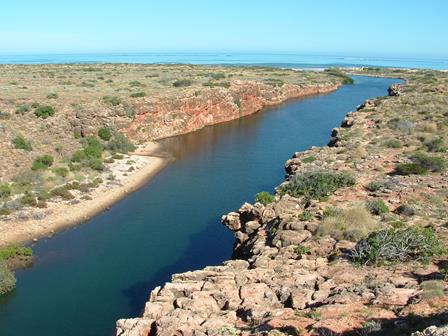 This time we went to a place called Oyster Stacks. The fish life was even better than the day before but the location wasn't quite so 'user friendly'. Waves crashed onto a rocky ledge instead of nice smooth sand but once that was negotiated, the reef was wonderful. Cape Range National Park has a flat, barren appearance with very few trees. After a bit of a search we found a couple to have lunch under before heading back to Exmouth for fuel and food. 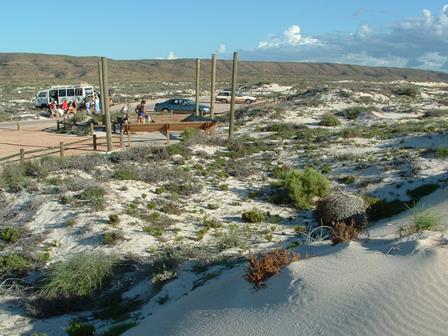 Our destination that afternoon was the lovely sweeping white-sand beach of Coral Bay. As the name would suggest, there was fantastic snorkelling and swimming in the bay. We only had time for a short swim that evening but went for two hours the following morning to admire the amazing coral and fish life. Just before we left we went to watch the daily fish feeding. It was a good fun having dozens of large snappers swimming around our feet waiting for whatever morsels were about to drop into the water. 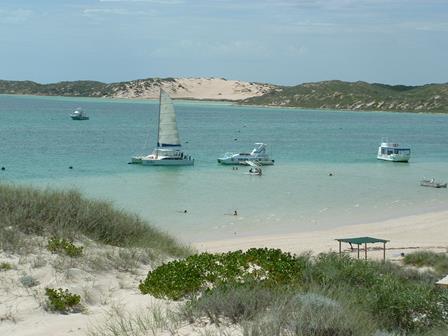 The clear waters of Coral Bay

We then headed south to Shark Bay World Heritage Park and, in particular, Monkey Mia. On the way though we called into a place called Hamelin Pool. This special place is one of the few places in the world where examples of stromatolites can be found. At a glance they look like rocks but they are in fact micro-organisms that were built together millions of years ago. They have survived in this area because the water is twice as saline as the usual ocean water. For those that believe in evolution, they are your 'Adam and Eve'. 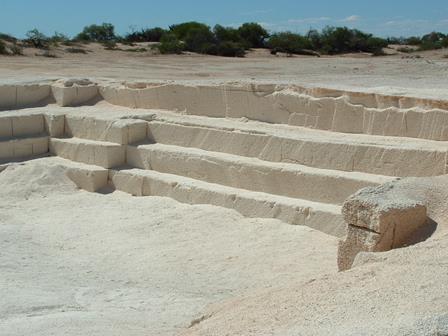 The other interesting part of Hamelin Pool was the coquina quarry. Coquina is millions of small shells which have been bonded together by mineral calcite to form a solid mass. For conservation reasons the quarry is only used now for repair and maintenance of historic buildings. A good example is the church in the nearby town of Denham which has been constructed from blocks of this unique material. The lovely little town also has the distinction of being the westernmost in Australia.