BEST OF THE WEST


Monkey Mia located in the heart of the Francois Peron National Park. It is a resort, conference centre and camping ground and is essentially there for one reason: the dolphins. They come in to the beach every morning to be fed by the staff. We went down there about 7.30am to find about four swimming around and they were joined soon after by another two. Each of them had a name and was distinguished by the shape of their fins. It was amazing being so close to them and knowing that they felt completely comfortable being there. We were able to stand in about a foot of water so they were literally swimming around our feet waiting to be fed. 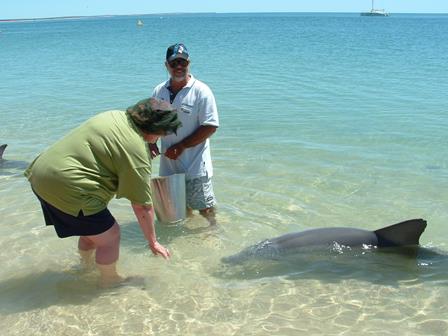 Feeding was at 8am so for half an hour the rangers told us about the history of Monkey Mia, its global research significance today and also about the dolphins themselves. They only receive about 20% of their daily food requirements so they don't become dependent on it. After they had received a few fish each they quickly lost interest and headed back out into the bay. They do three feedings each morning that the dolphins routinely come back for so we went back about 10am to see them again. 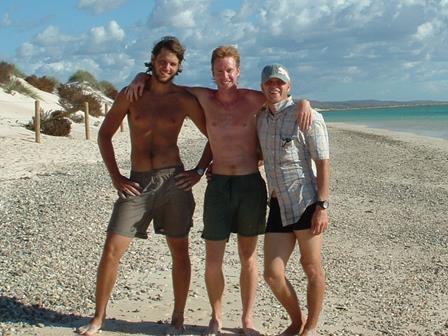 On our way out of Shark Bay we stopped at Shell Beach for a quick swim. As the name suggests, instead of sand the beach is a mass of millions of tiny white shells and more are being washed ashore every day. Beneath all those loose shells there would probably be a great supply of coquina if they ever needed more. That night we headed south and found a free camping area next to the Murchison River. The only problem was the road into it was flooded so we found a flat piece of ground nearby and that became our campsite. 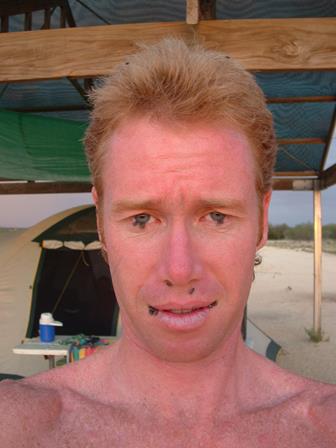 The tent came down in absolute record time the next morning because of a crazy swarm of flies, mosquitoes and sandflies. We were under attack like I've never been before! We were literally throwing things into the car to get out of there! Our destination that morning was the Kalbarri National Park. We were lucky in a way that the Murchison River was in flood because the gorges we saw are usually totally dry. For anyone who's been there, my favourite spot was the Z Bend but I loved the unique rock formation of Natures Window also. 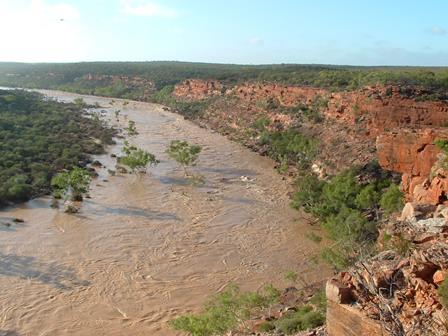 Floodwaters in the Kalbarri National Park

Down in the township of Kalbarri we got an appreciation of the flooding and how high the river was. There was a huge volume of water spewing out and creating a huge brown shape in the otherwise blue ocean. Fortunately the town had been spared any flooding thanks to sandbagging and other precautions. The coast south of the town had a number of lookouts that reminded me a little of the Great Ocean Road - especially the Natural Bridge, which is a huge arch in the rock caused by many years of erosion.

We continued south through Geraldton and drove till it was dark; finally making camp near a little place called Green Head. The last place we wanted to visit on this epic journey was the spectacular Pinnacles Desert in the Namburg National Park. The Pinnacles are limestone pillars that rise from the sand rather like large headstones in a cemetery. Their lime rich sand originates from seashells that were compacted by rain and subsequently eroded. 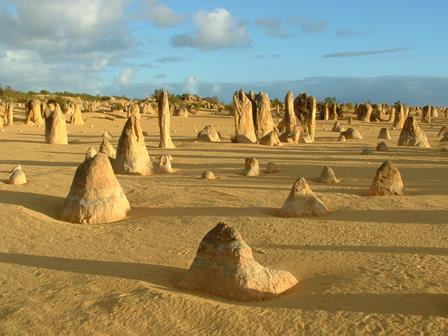 The best time to view these is either morning or evening because the shadows they cast make them look even more impressive. We arrived about 7am and got some striking photos of the pillars in the sun but with a dark grey sky behind them. After less than half an hour the threatening skies clouded over completely and we happily set a final course for the capital and largest city of Western Australia, Perth.