I went over to the town of Levuka on island of Ovalau. Levuka used to the capital of Fiji until it was moved to Suva in 1882. It's a delightful little place built on a flat area between the island's eastern coast and and the hills which form an imposing natural backdrop. Many of the building are over 100 years old and built in a colonial style. So the town has a unique character and is probably the most picturesque in the country. I'd love to have stayed there longer than the couple of nights I did. 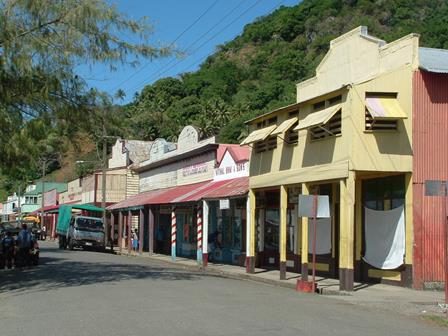 However, there was plenty more to see and do. My next destination was a village called Korolevu on the Coral Coast of Viti Levu. This is on the southern Queens Road which is the preferred route to traverse the island. From Korolevu, I took a day to hike about 25km to another village called Korotogo. It was a great day because the road follows the shore offering beautiful views of bays, beaches, coral reefs and mountains. I stopped for my first swim along the way and even got the snorkel out. Unfortunately a lot of the coral was dead in that area but there's always something to see under the surface. 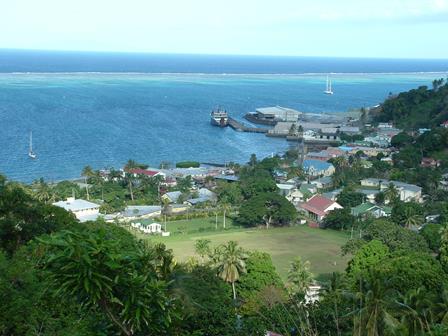 View of Levuka from the hills of Ovalau

That morning I met a 14 year-old girl who had just caught a little octopus. I had a chat to her on the road and she asked what I was doing. When I told her she was surprised and told me it's such a long way. She then invited me back to her home for a cup of tea and some fruit. She was so sweet and I accepted the invitation. She had two younger brothers and I would love to have left a gift for them. But they were just happy with my company and we had a nice little time before I had to go. 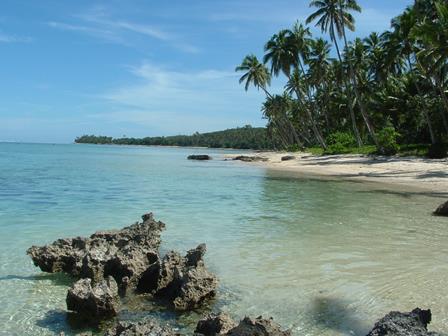 From Korotogo I had another big day that eventually finished back in Lautoka. Natadola Beach on the south-west corner of Viti Levu is the finest on the island. To get there from the east you can either follow the road or take the sugar cane scenic tourist railway. I took the third option of hiking 3 hours along the railway line. It's a pleasant walk that passes through sugar cane fields, bush, small villages and some lovely shoreline. The beach itself is nice and I had a swim as soon as I arrived.

It is fairly isolated however and I had to get a taxi out to Queens Road. I then unwittingly picked up what must be the slowest and most indirect bus in the whole of Fiji. It departed the main road and rumbled its way along unsealed roads, through villages picking up school children on the way. My original plan for the day was to get to a small place called Abaca (pronounced Arm-bartha) to do some hiking in the highland areas. I abandoned the plan because with no public transport there it was logistically too difficult and expensive to get to. 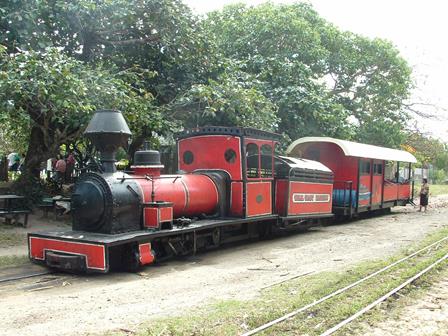 So I settled on relaxing in Lautoka for a day before starting my island hopping. This is the Fiji we all imagine and see in the travel brochures. Small islands in the Pacific with soft sandy beaches and turquoise colour water that is clear and warm to swim in. There are coconut palm trees and because the islands are volcanic, many of them offer some excellent hiking. The weather in the islands generally ranges somewhere between beautiful and perfect. Even though I was going on a well trodden tourist path I was excited about the whole thing.