What a lovely place Ooty is and after sweating though the southern lowlands of India it was nice to feel the fresh mountain air of this British hill station. At an altitude of 2,240m, days only reach the low 20’s and nights are distinctly cold at this time of year. The town itself is set around the aptly named Reflections Lake and the adjacent racecourse. It’s certainly no Ascot or Flemington but horse racing here is apparently an event not to be missed if you get the chance. 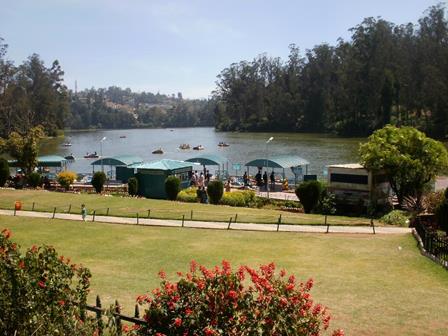 The first place I visited here was the extraordinary Thread Garden. I didn’t quite know what to expect but it really is amazing. It’s a ‘garden’ that has been created out of nothing but thread, canvas and wire and all by hand. The work took 50 craftspeople 12 years to complete and the result is a stunning array of plants and flowers (150 species altogether) that look at a glance to be quite real. 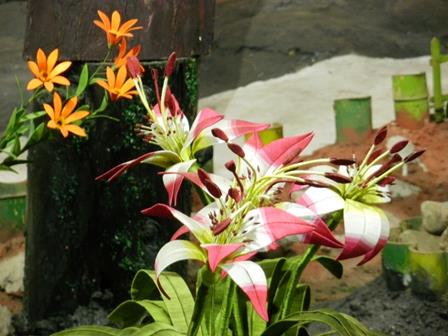 Flowers of the extraordinary Thread Garden

In the town itself I went to St Stephen’s Church that was built in 1829 and features huge wooden beams that were hauled by elephants from some 120km away. I finished my day at the very impressive Botanical Gardens which were a contrast to those I visited in Pondicherry. Apart from being very well presented, there was also a fossilised tree trunk there that is believed to be about 20 million years old.

The Centenary Rose Garden has a sign near the entrance proclaiming it to the ‘best rose garden in the world’. Now, I’m no expert on the subject but I can emphatically say that it is not. I’m sure it becomes more impressive later in the year when there are more blooms but right now it is rather ordinary and barely worth the cost of a ticket. The superb views from the Doddabetta Lookout 9km from the town were much better and the hike back down took me through a pretty tea estate and also to a tea factory which doubled as an interesting museum. 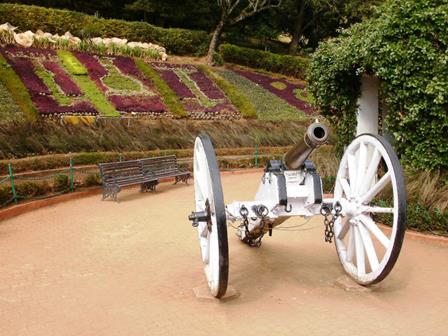 While I was at the factory, I suddenly began to feel light headed and a bit nauseous. I had to sit down quickly because I felt like I was going to pass out. I didn’t quite understand what was happening but then I realised… I was at an altitude of about 2,600 metres above sea level and I was being affected by that. Exactly the same thing happened to me when I was trekking in Nepal but on that occasion I did actually faint. I do some things well but high altitude isn’t one of them I’m afraid! I was fine after a while though and visited the Tribal Museum in a small village on the other side of Ooty. It was here that I learnt about the lifestyle and culture of the six hill tribes that live in the Nilgiri area. 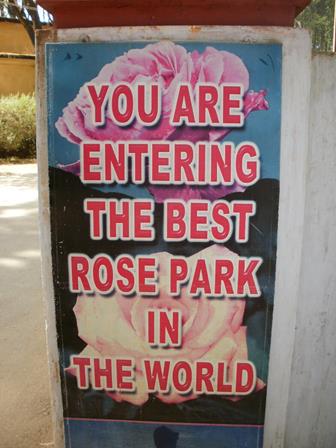 A bold, but rather absurd claim

The journey from Ooty to Mysore is quite a ride if you don’t have a strong stomach. There are plenty of tight corners and hairpin bends as we plunged some 1,500 metres in elevation. The scenery changed from alpine forest to scrubby bush and palm trees dotting an arid landscape of brown fields. It was warm again.