Greetings from the town of Kanyakumari at the southern tip of India. It’s here that my journey south will turn around and begin north toward my final destination of Bangalore. So much to come but also so much that I’ve already seen...

After the familiar stopover in Kuala Lumpur, my trip proper started in the huge city of Chennai. This is the capital of the Tamil Nadu province and boasts a population near 7 million people. My guidebook indicates that it’s difficult to find much to gush about with ‘oppressively hot weather, air heavy with smog and sights uncooperatively thin on the ground’. Many people don’t hang around but I took the time to stay a couple of nights and explore some of the attractions. 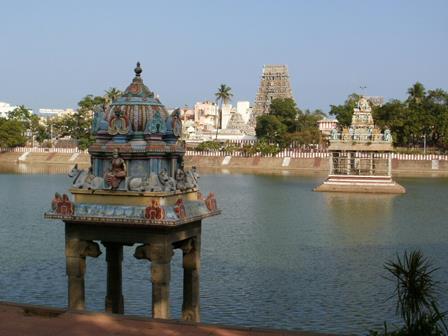 It’s true that the sights are a long way apart in this sprawling 70 square kilometre city but the rail system makes it easy and cheap to get around. Absurdly cheap in fact. To take a local bus or train in any city costs between 8 and 20 cents! My visa on arrival at the airport may have cost me $60 but things start to balance out pretty quickly here.

In south Chennai is the ancient Shiva Kapaleeshwarar Temple, which is an arrangement typical of what I’d find in many Tamil Nadu cities. It is constructed in Dravidian style with a brightly coloured gateway tower known as a gopuram and pavilions in front of the inner shrine called mandapams. There is usually a bewildering array of Hindu deities carved into the stonework of these things. The temple complex sits beside a large square lake which is called a tank which is also common in temples of this era. 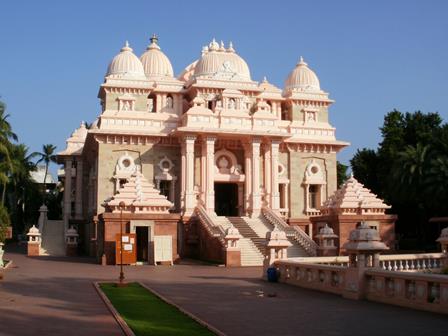 As a change of pace I visited the leafy grounds of the Ramakrisha Mutt temple. This was a pleasant respite from the traffic chaos outside. Monks wearing orange robes glide around in blissful silence and it has a distinctly reverential feel to it. The temple itself is a beautiful pink building that pays homage of all India’s major religions. Accordingly, it’s open to followers of any faith for meditation, prayer and contemplation.

Not far away is the Roman Catholic San Thome Cathedral. This beautiful white church is a very special place because it is one of only three churches in the world that is built over the tomb of a disciple of Jesus Christ. St Peters Basilica in Rome and Cathedral of Santiago de Compostela built over the tomb of St. James in Spain are the other two. After visiting the church itself, I went downstairs to see the tomb of Saint Thomas who it is said brought Christianity to the subcontinent in the 1st century. 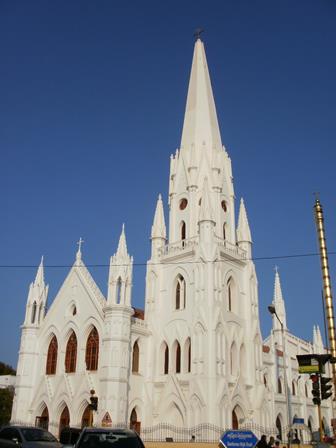 I finished my day with a stroll along Marina Beach which was obviously the place to be when the heat of the day is gone. I passed impromptu cricket matches, people flying kites, fortune tellers, rides and games for children and many market stalls. There were even a number of horses on the beach offering rides along the sand. Sadly, this beach was hit hard by the 2004 tsunami with about 200 people losing their lives, many of them children.