The following day we went to Stanley - an attractive and historic coastal town most well known for The Nut. This is an extinct volcano that we climbed and then walked around the top of. It provided wonderful views both out to sea and back over the town itself. After lunch at the beautiful Table Cape we headed south to town of Strahan on the rugged west coast. We only had time for a drive through before going out to Ocean Beach to camp for the night. 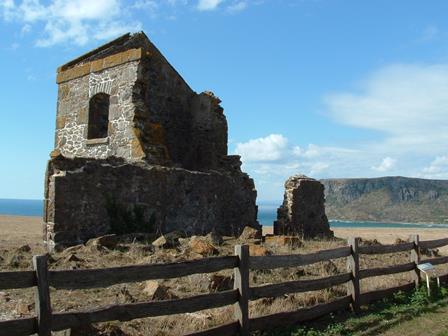 Our next destination was the mining town of Queenstown. To get there we had to traverse the extraordinary Lyell Highway that winds its way through a surreal, almost apocalyptic landscape of eroded gullies and scarred hillsides. This is the legacy of environmentally destructive mining and the town itself has a pioneer feel to it. The other option of travelling from Strachan to Queenstown is on the West Coast Wilderness Railway which is a four-hour train journey through dense forest and over wild rivers. 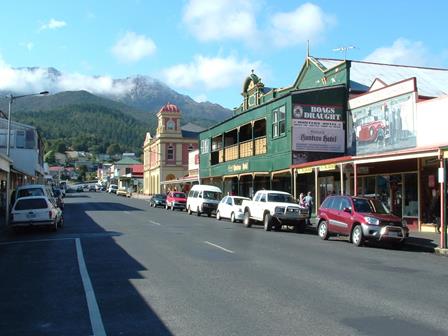 Southeast from Queenstown is the Franklin-Gordon Wild Rivers National Park where I hiked to the Franklin River before we continued on to Mount Field National Park. It was late afternoon but we just had time to do a two-hour walk to see the Russell, Horseshoe and Lady Baron Falls. All very pretty but would have been impressive with more water. At the end of summer, much of Tasmania seemed to be dry and brown. We also walked though the 'Land of Giants', an area of huge swamp gums - the world's largest flowering plant. The tallest one stands at a massive 79 metres.

In the National Park, we drove up to Lake Dobson which is over a kilometre above sea level. It was cold up there so we decided to camp out in the enclosed shelter instead of pitching tents. Despite the rather threatening weather, we walked to one of the alpine lakes in the morning before leaving for Hobart. It was nice to have the luxury of electricity, a comfortable bed and hot shower after all that. 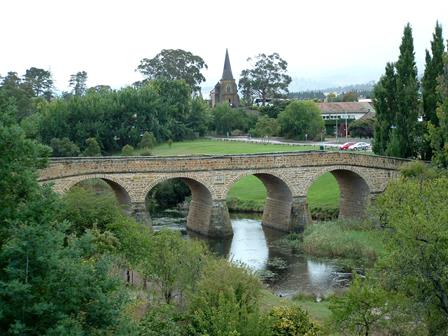 Old bridge and church of Richmond

We didn't have long to catch our breath because we were on the road to the Tasman Peninsula the next morning. It was a day where we had to dodge a few showers but it wasn't too bad. Our first stop along the way was the former military outpost and convict station of Richmond. Today it is a historic town featuring an old stone road bridge and various 19th century buildings including churches, courthouse and gaol. We also stopped at the Tessellated Pavement which is a beach where the fascinating rock formations look like a stone pavement. 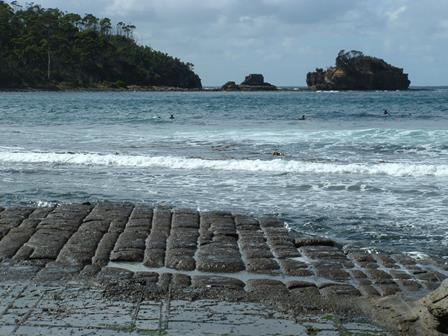 The Tasman Peninsula was chosen in 1830 as a ‘natural penitentiary’ to confine convicts. Port Arthur became the hub of a network of penal stations on the peninsula and some 12,500 convicts did hard prison time until 1877. Today it is a place that is full of a sombre, confronting and even haunting history. It’s a poignant contrast of a bleak past set against the genuine beauty of carved stonework, gothic architecture, green lawns and fine gardens. Even the unsettled weather of the day seemed appropriate. 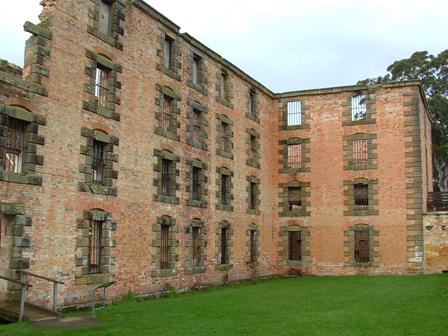 The entry fee to the historic site included a harbour cruise and 40-minute guided tour of the settlement. I would love to have spent longer there but the three hours gave me a good chance to learn a lot. The various buildings once sustained convict labour industries such as timber milling, ship building, coal mining, shoemaking and brick and nail production. Tragically, on 28 April 1996 35 people were killed and a further 37 were left injured by a crazed gunman at Port Arthur. Within the site there is a special memorial garden for those who died in this massacre.