Greetings from the Sri Lankan hill country. This area lives in a perpetual spring, far away from the heat and heavy air of the coastal regions. Little more than 150 years ago, elephants and tigers roamed through the jungles here. Nowadays though, it is a stunningly beautiful landscape of tea plantations that make this nation once known as Ceylon famous. Although India is the largest producer of tea in the world, the flavours of tea grown here are acknowledged to be the best. If scenery counts for anything then it’s easy to see why.

It almost seems a long time ago now but my arrival in Sri Lanka was in the same way as virtually all tourists: at the clean, modern Bandaranaike International Airport. It was there that I had to arrange my visa and change some money. After leaving the terminal I was bound for a less than auspicious start to travelling the country. I was about to begin my Colombo woes... 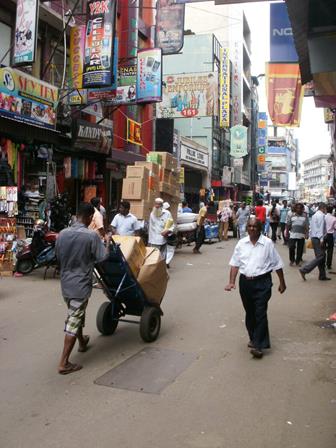 The chaotic streets of Colombo Fort

The bus took about an hour and a half to make the 40km journey into the Fort area of the city where I planned to stay. What makes Colombo a difficult place for budget travellers is the miserable selection of suitable accommodation. The most obvious choice is the creaking old YMCA but when I arrived all the rooms were full and the only choice I had was a place in a 20-bed dorm. It had been a long day and I didn’t really fancy the idea. I decided to take my chances elsewhere.

They were few and far between but I went from one place to another. In the first hotel the staff looked at me like I’d just crawled out of a swamp. The second one I wouldn’t have boarded my dog there if I owned one. Another didn’t have any vacancy. The next no-one seemed to speak English. It was getting later and I was getting tired. Then a man started shadowing me and trying to help with his broken English. He followed me into the next place and was actually hindering me so I told him to leave. 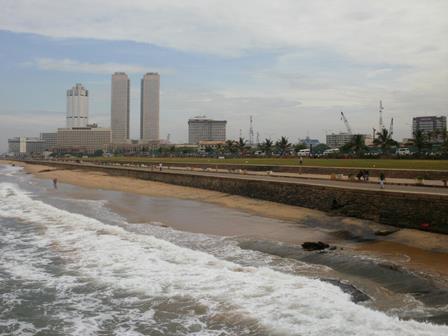 That place was too expensive and things were looking grim. The irritating man had failed to leave and was waiting outside for me. I headed around the corner where I was told there was yet another option with him pointing and muttering something beside me. I decided to just ignore him now. I thought the place I ended up at was overpriced but I’d had enough and decided to stay. Unbelievably when I came out again to get something to eat the man was still there! This time he was asking for money for his ‘help’.

When I told him he’s not getting anything he cursed and flicked some dust at me. I took a swing at him, he raised a fist at me and there was nearly a fight in the street! Fortunately he retreated into the night and I didn’t see him again. It was late by the time I finally went to bed but after lying for a while in the darkness I felt uncomfortable. Something didn’t feel right so I got up and turned on the light. On the sheet I saw firstly one and then several…the room was infested with bedbugs! 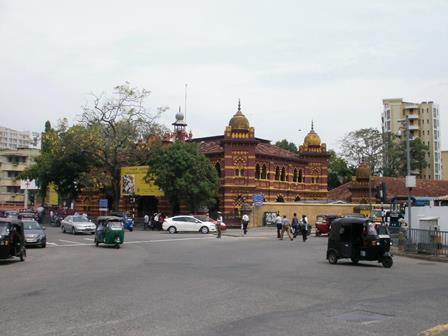 Colombo...not my favourite city in the world!

I’m not sure what I’d done to deserve all this. I went down to reception but it was deserted so back in the room I took the mattress off the bed and put it on the floor. I took out my sleeping bag but I was still acutely aware of the bugs. I’ve had this situation once before in Laos and the result was the same: no sleep the whole night. It is literally one of the traveller’s worst nightmares.

I didn’t get much money changed at the airport so the arrangement I made with the hotel was that I would pay the balance (about $4) in the morning. When I got up I decided that I wasn’t going to pay them anything more at all. Not a single rupee. If anything, they should be giving me a refund. They didn’t agree with my sentiments and an argument ensued. The result was that as I was walking out the door they were calling the police!

So, welcome to Sri Lanka… In less than 24 hours I’d nearly been involved in a brawl and made myself the possible subject of a police investigation over an unpaid hotel account. They have my passport number so I could potentially be questioned when I come to leave the country but looking on the positive side, I thought that at least things should improve…