After being in Melbourne over the summer, it was time to head south across the Bass Strait to Tasmania. Travelling with a friend I’d met in Melbourne, we were fortunate to stay with a lovely family in the second largest city of Launceston. This made a pleasant base that we used to explore various parts of the island state.

While the capital city of Hobart is more cosmopolitan, Launceston has an interesting colonial history and an unhurried ambience that I enjoyed. The tourist highlight of Cataract Gorge is just a short walk west from the central Brisbane St Mall and offers a range of walking tracks, swimming pool, picnic grounds and lookouts offering fabulous views. I walked all the way up to an old power station at a point in the gorge called Duck Reach before returning downstream on the other side. 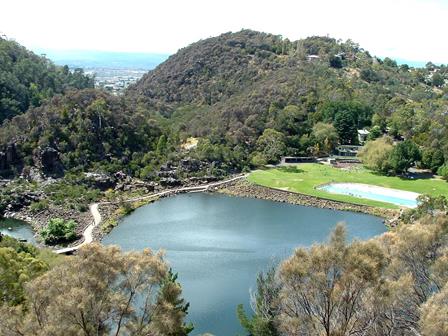 In the late afternoon I crossed the bridge where the South Esk River flows into the Tamar River and followed the riverside path through the green expanse of Royal Park to the mouth of the North Esk River. The city has been built around convergence of these three rivers and is where the mighty Tamar River begins its journey through the fertile Tamar Valley to the waters of Bass Strait. Next to where the old Launceston seaport was at the North Esk River mouth is the marina overlooked by modern riverside apartment complexes and eateries. 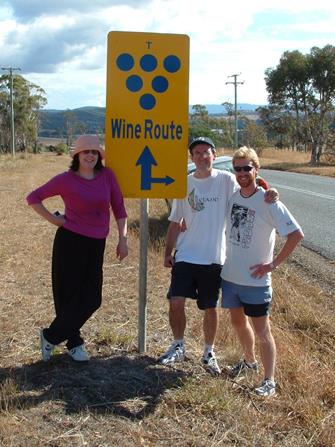 Before we left Launceston, our very gracious hosts took us for a day trip up the Tamar Valley. This 64km stretch of the Tamar River is Tasmania’s key wine producing area and the premium wines created here have achieved international awards. It was a beautiful, relaxing sunny day visiting wineries, sampling the product and eventually having a picnic with what we collectively thought was our favourite tipple. I’d probably say the day was unforgettable if all the wine I tasted hadn’t gone to my head and clouded my memory!

Tasmania is a mecca for hiking and the highlight is the Overland Track. This is Australia’s most renowned trek and the 65km distance runs from Cradle Mountain in the north to Lake St Clair in the south. It offers unsurpassed scenery of high mountain peaks, tall eucalypt forests and sweeping valleys that are home to a variety of Australian wildlife. All we needed was some nice autumn weather and that’s exactly what we enjoyed as we began our hike. 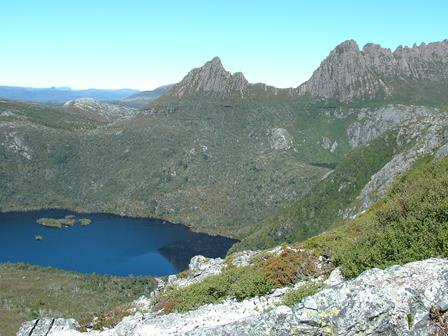 This good fortune with the weather continued for most of the journey and in seven days we only had about an hour of light rain. To give you a comparison, they hadn't seen any sun for the six days before we started and even had snow the previous weekend! In fact, when I talked to a tour guide that brings groups to renowned Marions Lookout he told me it was the best day he’d had of the entire season.

This lookout at the north end of the track offers spectacular views of Crater and Dove Lakes and of course Cradle Mountain. Although time was short, I climbed the track to the summit of Cradle Mountain. It's usually a two and a half hour excursion from Kitchen Hut but I scrambled up and back in an hour and ten minutes. I simply couldn't let the opportunity go! 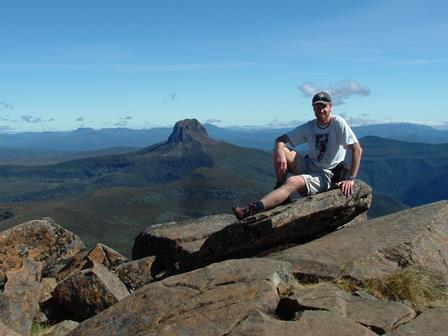 On top of Mount Ossa

Further down the track I also climbed Mount Ossa which is the highest point in Tasmania. On a cloudless sunny day, the unobscured views were absolutely magnificent. A small plane flew past at about the same height while I was there so I felt like I was literally sitting on top of the world. I could have sat there for much longer but time unfortunately didn’t allow me the privilege.