In small town New Zealand I stared at the calendar on my office desk. Time was slipping away; days into weeks and weeks into months. I was stagnating in my job and wanted to travel. But I didn’t know where to start. It’s a small world but if you really examine a world map, the options are bewildering: Asia, Europe, Africa, America, the Pacific Islands or Australia? 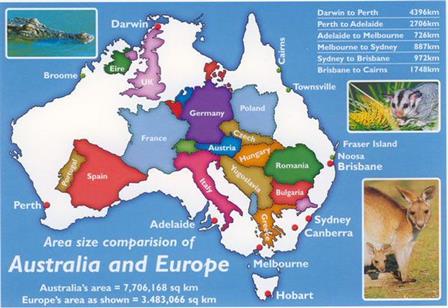 Australia - there's a lot of it!

Australia is our nearest neighbour and I didn’t even know exactly what it was - an island, country or even a continent? In the end, it didn’t matter because it was the perfect place to start my travels. It’s the essence of diversity. In between the exciting multicultural cities there were arid deserts, colourful coral reefs, green forests, snowy mountains and sandy beaches to explore. It all made sense because I didn’t need a visa, could work along the way and be in no rush.

It was September; the weather was warming up and my journey around Australia was about to begin. I had a house sitting opportunity in Melbourne but before that an invitation to spend a week with a friend in the attractive and vibrant city of Sydney. The state capital of New South Wales is built around one of the most beautiful natural harbours in the world and boasts two of the country’s major icons in the Harbour Bridge and Opera House. With a fascinating history and modern diversity I couldn’t wait to start exploring! 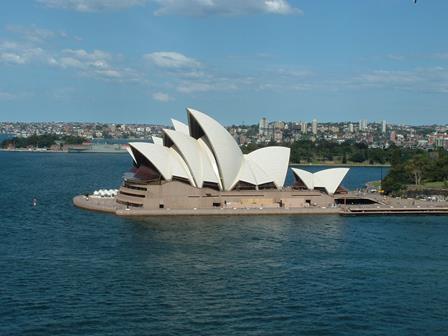 The friend I stayed with had an apartment in the affluent suburb of Bondi. He lived near Bronte beach which is a couple of kilometres south of the famous Bondi beach. It’s a lovely walk between the two of them, especially early on a spring morning. After that, it was on a bus to the central city where I started my exploration at the huge Coca Cola sign on Darlinghurst Road. This city icon marks the beginning of the somewhat bizarre arrangement of tacky tourist shops, strip clubs, backpacker hostels, cafes and bars that make up Kings Cross. 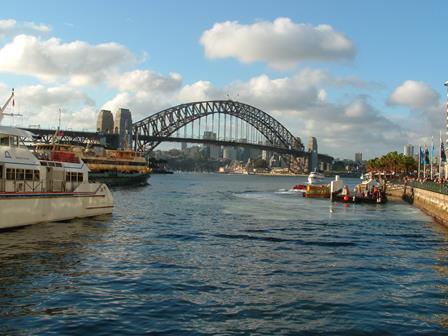 This area is better at night so I made my way down to the huge Hyde Park that houses the Royal Botanic Gardens and NSW Art Gallery. Out on Bennelong Point is the majestic white, sweeping curves of the Opera House where I joined the usual throng of tourists admiring its unique shape. A short walk around Sydney Cove is Circular Quay which is a major transportation hub for buses and ferries across the harbour. I took some time to enjoy the buskers and indigenous entertainers who use this area.

There are grand views of the Harbour Bridge from all around Sydney Cove and it’s a popular place for buskers, tourists and locals alike, especially on a warm spring day! I took a walk around The Rocks which is a historic enclave which is the site of Sydney’s first European settlers. Although it has significant cultural and architectural heritage, I couldn’t help feeling that it’s also become a tourist trap of trendy cafes and overpriced souvenir shops. 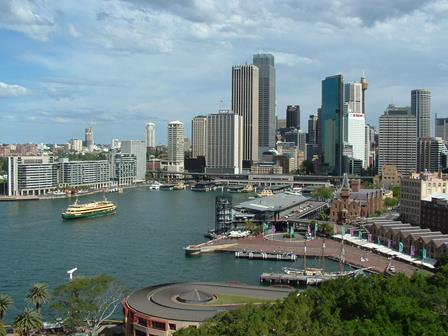 So I carried on my way up the huge set of steps that lead up the Bradfield Highway which leads north over Port Jackson on the Sydney Harbour Bridge. There is an adventure climb enables views from the top of the structure and while I’m sure they are spectacular, I was very happy admiring Circular Quay and the city skyline from the road level. Across in the other direction, I could see Sydney Harbour National Park and Taronga Zoo.

← Back to Alluring Adventures → Sydney