After exploring Perth and accumulating some money from my work at the hostel, it was time for a ten-day trip around the south-west corner of Australia. As I imagined, it was a magnificent area highlighted by lovely beaches, tall trees, vineyards, wine and some great bush walking. Unfortunately the weather didn't always quite match the splendour of the scenery but overall it wasn't too bad.

Together with two friends, we set a course for the small town of Hyden, about 350km east of Perth. We didn't make it all the way there on the first day and camped at a curious little place called Gorge Rock. The toilet was on a concrete pad and the walls around it had fallen down. I smiled at the sign reading 'No Swimming and No Fires' because in the dusty dry background were a couple of fireplaces and some firewood. 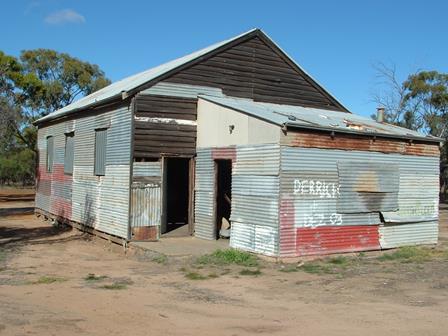 I smiled again at the Gorge Rock Hall. Constructed in 1920, this dilapidated old structure of wood and corrugated iron looked shaky and nearly ready to collapse. On one of the rusty walls it had a sign which read: "The Gorge Rock Hall is considered to be of significant heritage value and is included on the Municipal Inventory of heritage places. The hall is worthy of conservation as it is a special and important place. Please respect it."

Hyden is in the southern wheat belt which is dotted with large granite outcrops. The most famous of these is the perfectly shaped cresting wave called Wave Rock. Originally called Hyden Rock, it wasn't till 1963 when a photo of it won an international competition that the name was changed. Initially only a few tourists made the trip to see it but numbers soon increased and various facilities were put in place. Today, it is one of Western Australia's great sights. 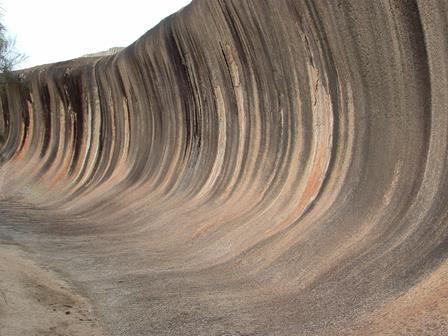 Formed millions of years ago by weathering and erosion, Wave Rock’s smooth lines are dramatically enhanced by streaks of colour created by run-off from local mineral springs. I got the almost obligatory photo of ‘surfing’ the rock before taking a walk up on top of the wave for views of the surrounding countryside. This area features another fascinating rock formation called Hippos Yawn. As the name suggests, it’s a huge overhanging rock that looks like the gaping jaw of a hippopotamus.

From Hyden, we travelled south to coastal town of Esperance. The town itself doesn't have a lot to recommend it so we headed east to the Cape Le Grand National Park. The clear turquoise water and white-sand beaches here have been voted as among the best in the country. There's a small mountain in the park called Frenchman Peak so while the girls had a picnic at the beach I hiked to the top. The sign in the car park indicated two hours return but after really hustling, I was enjoying the great panoramic views from the summit after only 15 minutes. 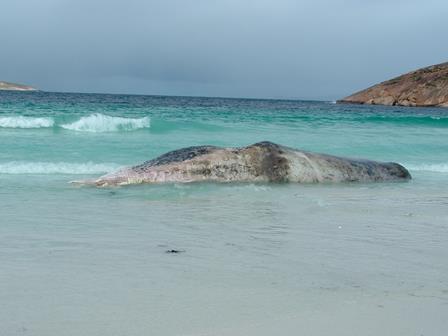 I had a swim when I returned. The water was cold but not as bad as I expected. As I emerged from the water I read a sign advising that “A whale carcass had been washed ashore in the next bay and sharks had been sighted in the area. Swimming is not recommended”. We went to view the whale the following morning and it was an extraordinary sight. It would have been about 10 metres in length and weighed several tons. Bite marks from the sharks were clearly visible along the side and the fins were missing.