From Thanjavur, it was just a couple of hours to the large city of Trichy. Bus travel is always an interesting experience. As far as I can tell, there are essentially two things you require as a bus driver. The first is a loud air horn that you should use liberally at any given opportunity. The second thing is trust that as you are blaring the horn and charging down the wrong side of the road while overtaking that anything coming in the opposite direction will pull right over to let you through. Sometimes size does matter so in this perpetual game of chicken it’s nice to be in the larger vehicle!

The highlight of Trichy is the massive Sri Ranganathaswamy Temple. It felt more like visiting a self-enclosed town than a temple because to reach the inner sanctum you need to pass through seven towering gopuram, the largest being 73 metres high. Once again, this most central area and a few other little shrines were off limits to all those who weren’t Hindu. I was sightseeing here with an American guy and we were chased out of one by an old lady shouting and wielding a bamboo stick! 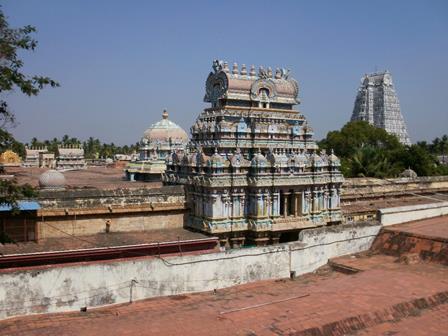 We were both a little bemused by this and he told he wanted to try something. He told me to wait for a moment while he went to another shrine and after giving a few rupees came back with Hindu markings on his forehead. ‘Now watch this’ he told me with a smile. We returned to the entrance of the inner sanctum and claimed to be Hindu. “Look at my forehead” he pointed, “You must let me through”. After an initial refusal and a rather confused look he was rather reluctantly waved through. There’s nothing much to see inside but we enjoyed the moment of creativity anyway! 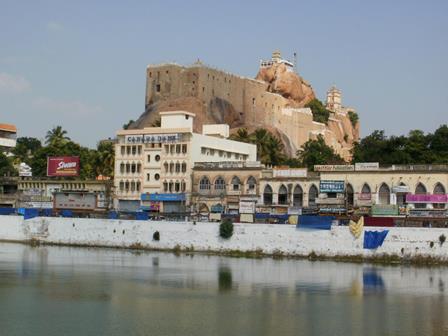 We visited another similar temple in the city before going to the impressive Rock Fort. Perched 83 metres high on a huge rocky outcrop, this temple is reached with a climb of 437 stone cut steps. The temple itself is a remarkable architectural feat but the main reason to visit is the superb panoramic view of the city in all directions. It didn’t take too long to reach the top but we were high enough to watch eagles circling over the rooftops below us. 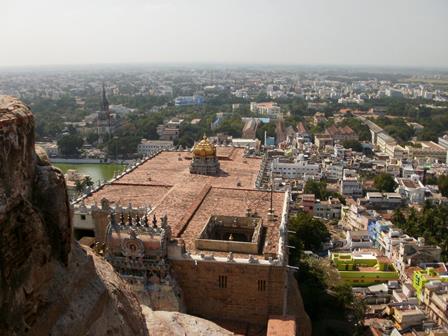 View of Trichy from the Rock Fort

To finish our day, we visited the Nathavala Dargah mosque where we were made surprisingly welcome in our shorts. Outside we stopped at a little tea shop for a glass of chai tea. As we sat there, I asked my friend if he thought the glasses we were drinking from were clean. “Clean?” he said, “Of course they aren’t clean; nothing’s clean in India!” I burst out laughing at the truth of his simple assertion and here we were in the midst of it. Bottoms up!

Remarkably, my health has stayed perfect through nearly two weeks travel here. There hasn’t been a hint of the trouble that plagued my previous trip here but I can’t help getting the feeling that I’m dodging bullets. I went to a restaurant in Thanjavur where everyone was eating with their hands and I didn’t quite fancy the idea because my hands didn’t feel clean. When I asked for cutlery the waiter promptly brought them out to me. Only thing was I watched him cleaning the fork with his fingernail just before he gave it to me! Which is worse I wondered…his dirty hands or mine? 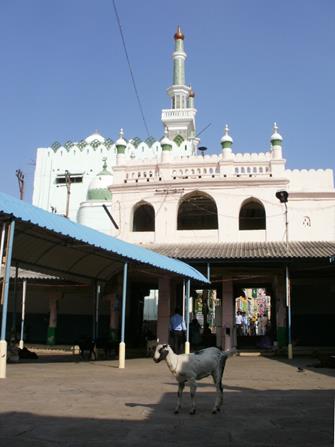 There are no food handling guidelines here. If you buy anything, it will be handled by whoever is selling it to you. There’s just no escaping the lack of hygiene so all you can do is hope things are okay before you eat them. Just last night a meal came out to me from the restaurant kitchen with a black hair in it. Sometimes it’s best just not to know certain things so I never take a seat in a restaurant where I have any view of the kitchen!

← Chidambaram and Thanjavur → Madurai and Kanyakumari