From our campsite at Lucky Bay and I attempted a bushwalk the next morning over to Rossiter Bay. Unfortunately the weather closed in on me and I didn't make it all the way. I couldn't avoid the rain and arrived back rather wet. Back in Esperance we drove the 30km Ocean Drive which goes along the coast, past a wind farm and circles back around what is known as the Pink Lake. The pink tinge it is attributed to high concentrations of salt-tolerant algae called dunalella salina. Unfortunately a storm a few years ago has since flushed the algae out and the phenomenon no longer exists. 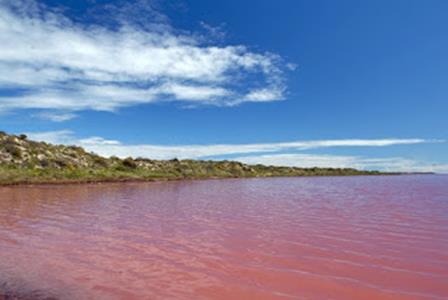 We camped that night in the Fitzgerald River National Park, which is just out of Hopetoun on the southern coast between Esperance and Albany. Unfortunately we had to leave early in the morning after a short walk along Barren Beach. Driving west we went through the Stirling Range National Park and stopped at 'The Lily'. This delightful and fully operational Dutch windmill built almost single-handed out of largely recycled materials by one man over six years. An amazing achievement that today is a relaxed café. 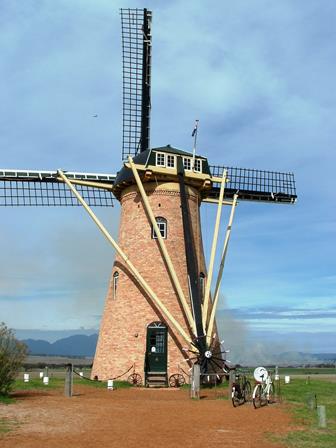 The highest peak in the park is Bluff Knoll at 1073m. We drove up to the car park which would have been about 200m. Initially when I looked at the mountain I didn't think I'd have time to climb it. The time on the sign indicated that it would take about 3.5 hours return. But I love a challenge and decided that I'd at least give it a go! So, I grabbed the running shoes and hit the trail. Less than 40 minutes later I felt like I was standing on top of the world. The views of the park were magnificent and enhanced by the beautiful sunny day. And coming down was so much fun! 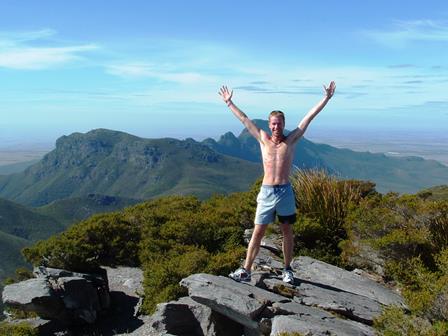 Our eventual destination that day was the historic town of Albany. Established just before Perth in 1826, it’s the oldest European settlement in WA. We visited a couple of city lookouts before driving down to the Torndirrup National Park. Our first stop was the Albany Wind Farm - 12 huge wind turbines that produce about 75% of the town's power requirements. We also went to natural coastal rock formations of The Gap, Natural Bridge and Blowholes. Although it’s a windswept coast, the ocean swell wasn't quite sufficient for the blowholes to work while we were there. 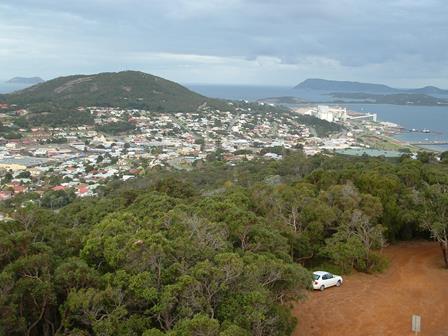 View of Albany from city lookout

In the afternoon we headed north to the Porongurup National Park which features imposing granite outcrops that rise above a rich forest. It also has some towering karri trees that the southwest of Australia is renowned for. I dropped the girls at a vineyard/art gallery and went bush walking up to the landmarks of Castle Rock and Balancing Rock. Castle Rock offered great panoramic views and Balancing Rock is a massive boulder weighing about 180 tons that sits delicately on a flat rock which is little more than a metre across! 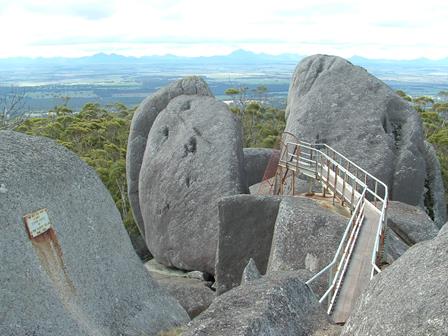 We drove south again to Denmark and camped at Parry Beach in the William Bay National Park. Before leaving we did one of the walking tracks to the beautiful Greens Pool and appropriately named Elephant Rocks. We then headed into tall trees of the Walpole-Nornalup National Park. At popular and aptly named Valley of the Giants, the girls did the Tree Top Walk while I hiked some of the Bibbulmun Track. This is one of the world's epic hikes, stretching 963km from the foothills of Perth all the way down to Albany. In less than a year I’d return to hike the entire length.