The following day I started where the bus terminated at the rather dishevelled Circular Quay transport hub. The old Customs House built in 1885 is a handsome contrast and was the beginning of a pleasant walk through the heart of the city that took in the historic St James Church and St Mary’s Cathedral near the park. The detour to see the impressive Town Hall was worthwhile because of its fabulously ornate exterior is matched by the elaborate chamber room and concert hall inside. 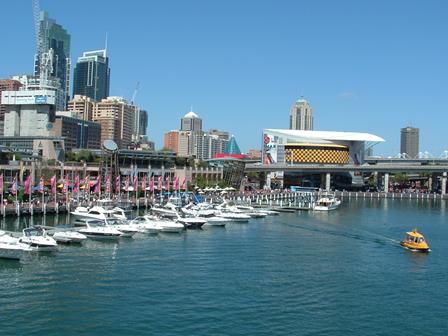 From there it’s only a short walk across to Darling Harbour which is a modern redevelopment of what used to be an industrial dockland of factories, warehouses and shipyards. I found this area to be a rather confronting skyline of expressway flyovers, the convention centre, chain hotels and overpriced shops and restaurants but there are a few good attractions to be found such as the aquarium, maritime museum and the interactive Powerhouse science museum. I finished my day in the thriving Chinatown and tranquil oasis of the Chinese Garden of Friendship.

No visit to Sydney is quite complete without a trip across the harbour so the next morning I took a ferry bound for the Manly on the northern Peninsula. After a few hours of exploring the beach and scenic walkway I headed to Taronga Zoo to enjoy both the animals and also the phenomenal views that the zoo has back across the harbour to the city. 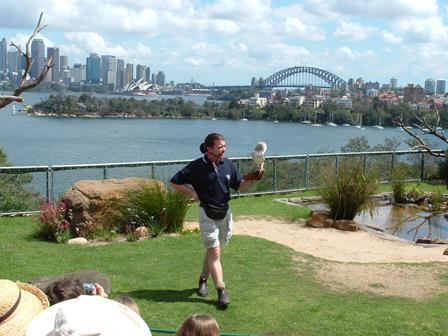 Before leaving, there was something on the bucket list that needed to be ticked off: the spectacular Blue Mountains. The foothills begin 65km inland from the city and rise to an 1100m-high sandstone plateau from which numerous valleys have been gradually eroded. The slate-coloured tint that gives the mountains their name comes from a mist of fine oil that is exuded from the huge eucalyptus gum trees that form a dense canopy across the landscape. It’s a World Heritage listed area and makes a perfect day trip from Sydney. 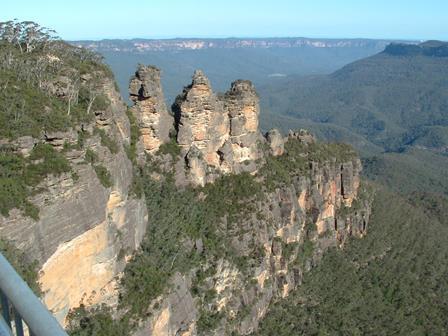 Three Sisters of the Blue Mountains

Travelling with a friend, we decided to skip the expensive organised tours and jumped on a train to the region’s main town of Katoomba. From the train station, it’s a pleasant 2km walk to the visitor information centre and the Echo Point viewing platform. We did a few of the walks from Echo Point that offered spectacular views of the Jamison Valley and the Three Sisters rock formation. While they aren’t mountains like we have in New Zealand, there wasn’t any disappointment at all and if anything, I wished that we’d gone for the whole weekend instead of only a day.

← Welcome to Australia → South to Victoria