One of the great things about travelling Australia is that you can move with the seasons and get the best weather. In other words, when winter was starting to set in down south, I headed north to Cairns in the north of Queensland. Here the tropical rain and humidity was receding and I could settle into a comfortable climate of bright sunny days with average temperatures in the mid 20’s. After taking some time to be a tourist I’d settle in, earn some money and learn to scuba dive before continuing my journey.

Although it was April and the wet season hadn’t yet dried up, I was keen to get to the beach for a swim. But like many tourists I was disappointed to find only mud flats that stretch along beside the esplanade boardwalk. To make up for it though is the wonderful artificial swimming lagoon which has been created on the reclaimed foreshore. Like so many other travellers, I enjoyed a few lazy afternoons there with friends that I’d met at my hostel. From the lagoon, it’s a pleasant walk around to the marina and Trinity Inlet where the cruise boats and daily island ferries leave from. 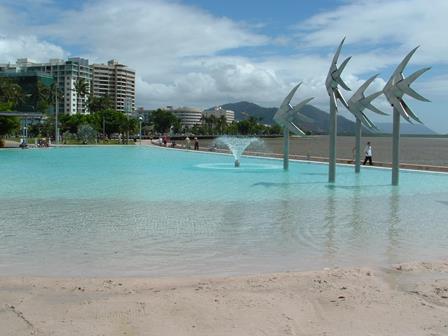 The beaches are just north of the city and the most appealing of them is the stretch of white sand at the curiously named Yorkeys Knob. This was the first stop on a little day trip I had up to the resort town of Port Douglas. It’s a nice drive up the Captain Cook Highway and the town itself is a relaxing place for those looking to enjoy tropical north Queensland without the backpacker crowd that is a perennial part of Cairns. It’s more expensive though and most accommodation is a range of self-contained apartments or upmarket resorts. 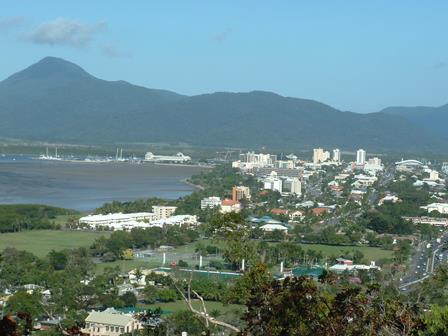 I played tourist while waiting to find a job in Cairns. A favourite place quickly became the Flecker Botanical Gardens which included some lovely walking tracks through the rainforest. One in particular offered viewpoints over the city in one direction and the airport in the other. Through the dry season this became a running circuit that I always the challenges and rewards of. I visited the small museum and always enjoyed the ambience of the night markets.

Cairns is a nice town that became my home for five months. It didn’t take long to realise though that it is a gateway to surrounding attractions more than anything. Literally hundreds of tours bus, boat, fly or drive out of the city on a daily basis. The most popular of these is obviously the Great Barrier Reef and I was fortunate to be able to get a job with a dive company helping with the annual maintenance of their ship. Instead of receiving payment in cash, I was compensated with being able to complete my open water and advanced scuba diving certification. 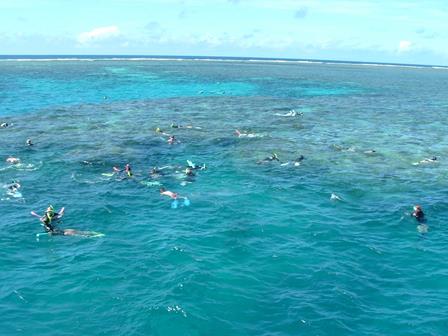 Snorkelling on the Great Barrier Reef

The other job I was working at the huge flashpacker resort of Gilligan’s. For most guests, it’s expensive and impersonal but I was in a room with other staff so we all become friends and had a good time at a discounted rate. Working as a kitchen hand here was probably the most unglamorous work I’ve ever done but it provided badly needed money and a place to stay. It also meant getting free drinks at the bar and at least one good meal a day which many backpackers couldn’t lay a claim to! 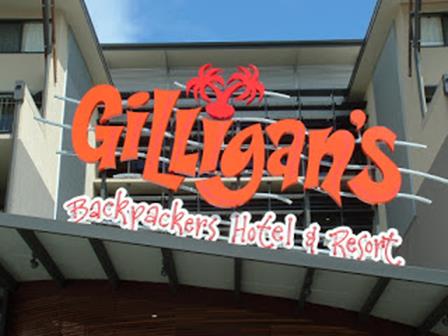 There were other perks as well. Every Thursday the guys from the AJ Hackett Bungy Jumping site would come in for promotional work and in return the Gilligan’s staff would receive free jumps. After about a month, Gilligan’s began doing yacht tours out to the reef so I enjoyed a complimentary day of cruising, swimming and snorkelling. Aside from the hostel, accommodation, restaurant and bar, we also had a tour desk that kept us in the loop for good deals and last minute options.