The first place I wanted to visit in Carlton was the Old Melbourne Gaol. Built in 1841, it was used until 1929 and then became a museum to 19th century justice. It’s a rather chilling experience exploring the bleak little cells and seeing the place where over 130 prisoners were hanged for the crimes. The most famous of them was the legendary bushranger Ned Kelly who heard the clang of the trap here in 1880. His last words before the moment are reputed to have been ‘Such is Life”. 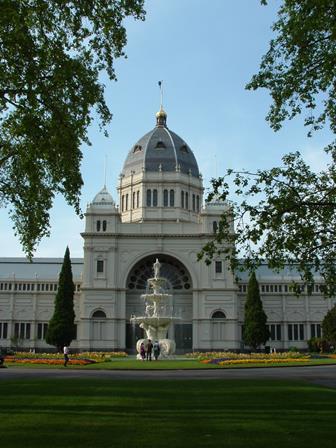 Just a short walk from the gaol is the pretty Carlton Gardens. Set amid the lawn and trees is the magnificent Royal Exhibition Building that was built in 1880. Australia’s first parliament was held here in 1901 and over a hundred years later it hosts everything from trade fairs to dance parties. Immediately behind the great hall is the Melbourne Museum which offers a grand sweep of Victoria’s natural and cultural histories. One of the most fascinating displays is the unusually large heart of the legendary race horse Phar Lap.

The following morning I returned to the same part of the city to experience the Queen Victoria Market in action. Operating for over 130 years, no visit to the city is quite complete without some shopping here. Whether you need fresh produce, meat, fish, clothing, souvenirs or jewellery you’ll find it at the Queen Vic. So after wandering the huge array of stalls for a couple of hours I made my way through Flagstaff Gardens and south down to where the mighty Yarra meanders its way under various bridges that connect Southbank Promenade to the city. I was going on a ferry ride. 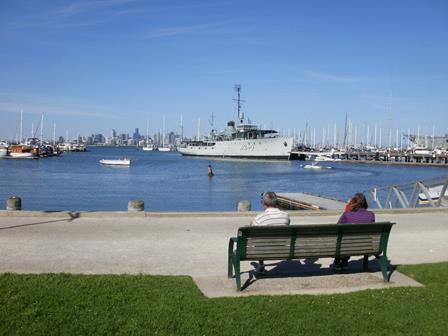 This little journey would take us initially past the Polly Woodside Maritime Museum named after the 1885 iron hulled merchant ship which is anchored outside. We then passed through the Docklands area which was the city’s main industrial docking area until the mid 1960’s. Thirty years later it was redeveloped with a studio apartment complex, retail and entertainment areas. After sliding under the mighty West Gate Bridge, we soon arrived at the historic seafaring town of Williamstown.

On a warm sunny day, the seaside charm was almost idyllic although I imagine that in another season it could be rather bleak and windswept! Either way though, there is an interesting history to explore by walking through the town and around the peninsula that overlooks Port Philip Bay. Instead of taking the train back to the city I took another ferry across the bay to St Kilda and after enjoying an ice cream and wonderful sunset, took one of the regular trams back to the city. 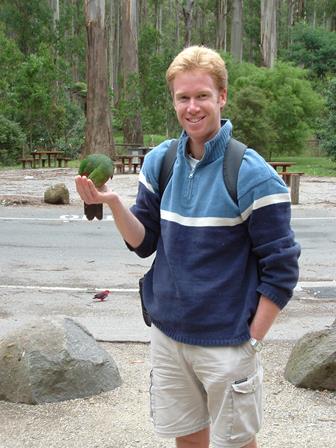 Bird feeding in the Dandenong Ranges

It was then time to explore beyond the city itself and the perfect place to start was a day trip into the Dandenong Ranges. Just 35km east of Melbourne, one of the highlights in this area is the restored steam train calling Puffing Billy. That aside, there is plenty of good bushwalking and wildlife spotting, including the 1000 Steps Track in the Ferntree Gully area. I did this hike which leads up to the One Tree Hill picnic ground and is true to its name! I also had time to complete the 7.5km loop through the pretty Sherbrooke Forest.

When I arrived the winter football season had finished but it was spring and summer was approaching. With world class stadiums, arenas, grounds and courts, Melbourne is the sporting capital of the country and I planned to enjoy iconic events such as the Melbourne Cup horse racing, international cricket at the MCG, Australian Tennis Open and the Formula One Grand Prix motor racing. Having read about and seen them on TV so it was a thrill to finally be able to experience them live. Like little ticks on my bucket list, I now knew what it was like to actually be there. 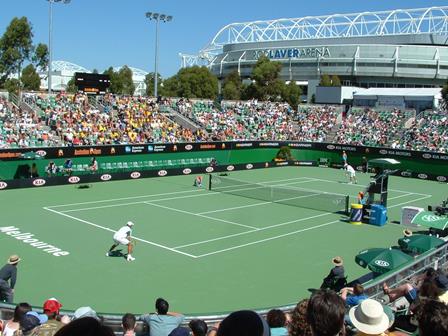 I decided that I just couldn’t leave Melbourne without exploring the stunning coastal scenery of Wilsons Promontory. So with another friend, we hired a car and set off southeast from the city to the small settlement of Tidal River on in the Wilsons Promontory National Park. From here, we pushed what is often a four day circuit of the rugged peninsula into what was a fantastic three day hike. A highlight of the circuit is undoubtedly the white sands of Waterloo Bay but the views from Boulder Range down to the southernmost point of the Australian mainland compete very well! 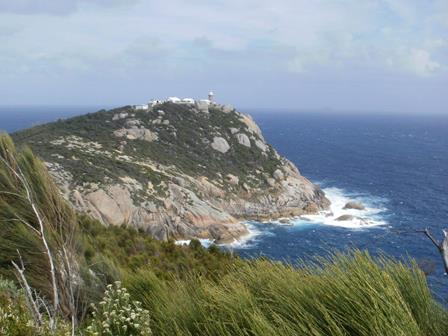 On the way back to Melbourne, we detoured across the road bridge to Phillip Island. Apart from the rugged scenery and relaxed environment, there are two main reasons tourists arrive here: the Grand Prix motor racing circuit and the penguin colony. We visited the History of Motorsport Museum which focuses largely on the motorcycle racing that has been held on the island since 1928. Unfortunately time didn’t allow us to stay until dusk to see the penguins coming in but we enjoyed a walk around the windswept point called the Nobbies before continuing on our way.