My second day in Haputale started at 6am when I caught a bus to the Dambatenne Tea Factory. This is one of the most famous factories in Sri Lanka because it was built by Sir Thomas Lipton in 1890. I’m sure you’ve heard the name before but if for some reason you haven’t, just have a look in the hot drinks aisle of the local supermarket. Lipton was a remarkable man whose ambitions weren’t limited to success in business. In 1909 he donated a trophy for an international football competition 21 years before the first World Cup and he made a number of unsuccessful attempts to win yachting’s America’s Cup. 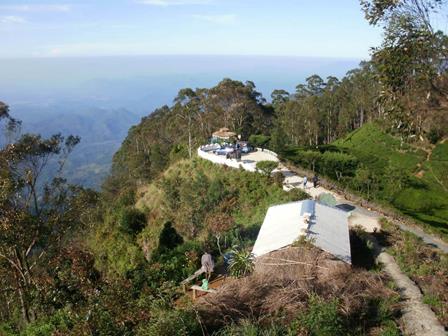 At the top of a narrow paved road that climbs for about 7km behind the tea factory is the lookout point known as Lipton’s Seat. It was here that the Scottish tea baron liked to host picnics and survey his burgeoning empire. The hike up took about 1 ½ hours and the view in the early morning sun was magnificent. The reason for going so early is you need to beat the cloud that usually rolls in about mid-morning. Coming down was much easier because I used the more direct route of the stone steps that tea pickers use when working in the plantations. 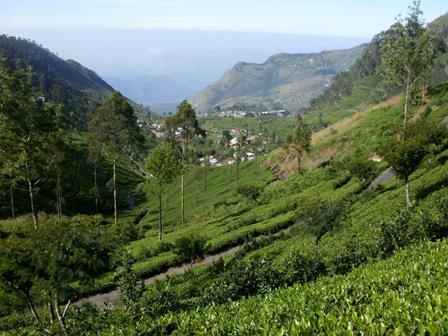 Back in Haputale I made a second attempt to do the trip to Badulla that I hadn’t been able to complete from Ella. Although the train was running 45 minutes late, I did it successfully this time. As I anticipated, the railway passes through some beautiful scenery and my arrival time gave me a couple of hours sightseeing in one of Sri Lanka’s oldest towns that was occupied briefly by the Portuguese before it became an important social centre for the British. Today it’s a typical Sri Lankan bustling town but there are a handful of sights worth visiting. 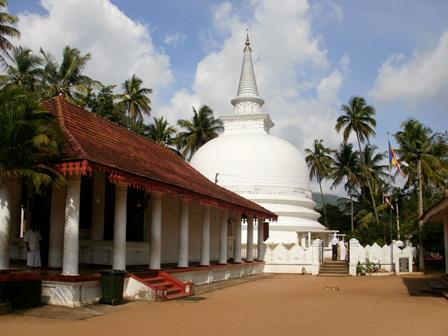 Most visiting Sri Lankans visit Muthiyagana Vihara which is a beautifully kept Buddhist complex with a large white stupa, central temple, meditation room and small shrines. I also visited the Kataragama Devale which is a Hindu temple with carved wooden pillars and faded murals painted on the outer walls. I finished my afternoon at St Mark’s church which as some interesting old headstones in the graveyard that surrounds it. Inside the church itself is a plaque commemorating an elephant hunter by the name of Major Rogers.

There’s a fascinating story that surrounds this particular gentleman. In four years of carnage he killed some 1,500 elephants. Legend has it that during a severe thunderstorm in 1845 Rogers stepped onto his veranda and proclaimed to his wife that it’s all over. Seconds later a final bolt of lightning struck him dead. The remaining elephants probably trumpeted in delight! As if to complete the act of justice, Rogers’ headstone is now cracked in half, reputedly by another bolt from the heavens! 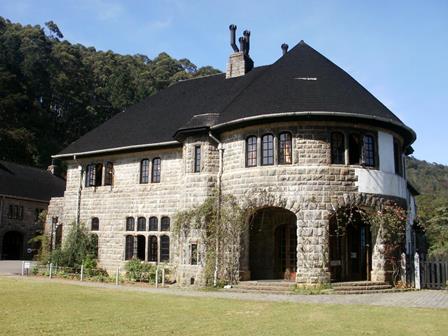 Before departing the Hill Country, I sneaked in a visit to the Adisham Monastery. This elegant stone-block building was once the home of a successful tea planter who wanted to recreate is English lifestyle. So he had this beautiful mansion built and surrounded it by immaculate lawn and garden. The finishing touch was a Daimler car in the garage complete with chauffeur! Nowadays it is one of only 18 monasteries in the world belonging to the Sylvestrine Congregation which is a suborder of the Benedictine fraternity founded in the 13th century.