KIWI ON THE TIWI


So life in the Top End was great. I had the best of both worlds – I was earning enough money, had a nice group of friends and plenty of leisure time. Hey and the bar just over the road had a promotional night every Thursday with free beer! Yep, it was wet season but all going swimmingly and didn’t want for anything. Even so, I was made an interesting job offer: planting trees on Melville Island 80km north in the Timor Sea. 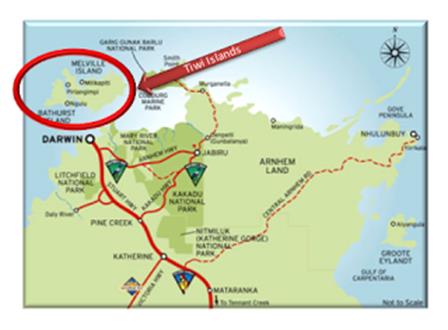 It wasn’t a job offer I had to consider for too long; it was an adventure and I was in! I quit my job at the restaurant and within a couple of days I was joining a few others in yellow work shirts at Darwin airport for the flight across the Beagle Gulf. While we waited for our little four seater plane to prepare for takeoff, I learned a little more about where I was headed to...

Melville and Bathurst Islands make up what is known as the Tiwi Islands, so named because they are home to the Tiwi Aboriginal. So yes, for the next six weeks I’d be the Kiwi on the Tiwi. One of a few actually because a couple of mates from the hostel also got jobs out on the island. The Tiwis (‘We People’) have a distinct culture and produce some vibrant artwork. They have a lifestyle that involves hunting and gathering to supplement their mainland diet. Tourism is restricted on the islands and it’s somewhere I’d never have reached otherwise. 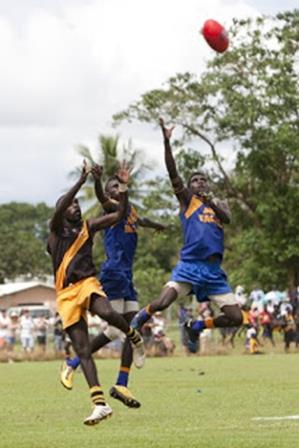 AFL football on the Tiwis

I was employed by an earthmoving company called Mantova which is based in Queensland. Mantova were contracted to a company called Sylvatech Forestry and employed about 25 people on the island. The trees that we planted were Acacia and will be used eventually for pulp and paper. Flights to the island were every four days so work periods were between 8 and 32 days. I decided that 16 days was about right for me before taking a four day break back in Darwin.

The days of drinking too much, sleeping in, swimming and playing beach volleyball before doing a few hours work in the evening were suddenly gone. Life on the island would be no more than work, eat and sleep. Food and accommodation was all paid and there was good money to be had. But we would work for it. 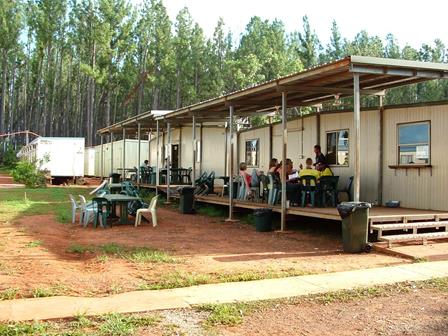 Work days typically began in the predawn gloom of 4.45am, which gave us 45 minutes to dress, make lunch from the buffet, eat breakfast and be at the morning briefing by 5.30am. Ten minutes later we'd be in the vehicle and travelling the 10km out to the fields to begin 12 hours of tree planting.

The planting was done from four tractors with planter units behind them. These units have a single seat at the back where the planter sits with trays of seedlings within reach on each side. In the middle of the planter is a large wheel that rotated as the tractor moved. Attached to the wheel was a funnel that plants were dropped into and then forced into the ground. Press wheels then compact the surrounding earth and another tree is successfully planted. A scenario that was repeated many thousands of times every day... 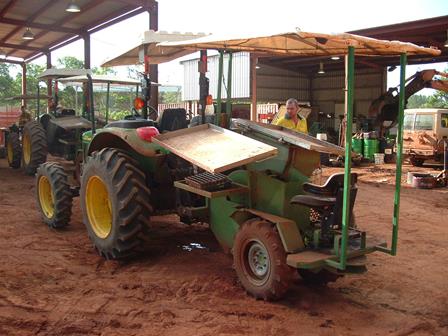 The biggest battle for the whole operation was to keep four working tractors and planters on the field. Unfortunately the harsh environment meant that machinery was subject to all kinds of breakdowns. Tyres were punctured, springs, chains and bolts broken, hydraulics failed and various parts became out of alignment. The planting process had to be done correctly and this was monitored both internally and also by Sylvatech. One day we had a 70% failure rate, a very unhappy boss and a ban from planting any more until the issues were solved.