Our final Tasmanian destination was the capital of Hobart. Sitting between the towering Mount Wellington and the Derwent River, Australia’s second oldest and southernmost capital city would have plenty for me to enjoy over the next three days.

I used the first of these days to do the climb up Mount Wellington. And what a great day it was! The five-hour return hike through temperate forest opens out to a rocky and almost lunar like landscape at its peak of 1270m. The lookout which is also accessible via a road that winds up from the city offered spectacular views of the city, Derwent River and beyond. In fact I could see Bruny Island, Tasman Peninsula and even Maria Island to the north. I hiked down another track to view the Organ Pipes which is a sheer rock formation about halfway up the mountain. 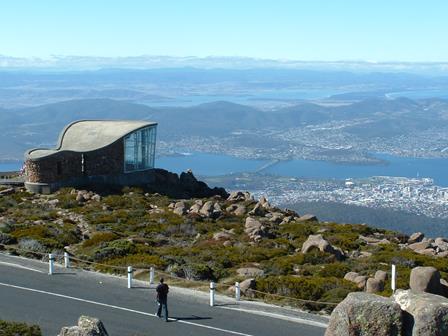 I split the other two days of my time between the city of Hobart and across the Derwent River at Rosny and Belrieve. I was particularly interested in visiting Belrieve Oval which is the home of Tasmanian Cricket and contains an interesting museum. The other feature over that side of the river is the gun battery built in the early 1800's. It was commissioned because of the misplaced fear that Hobart would be invaded by the Russians. A lot of time and expense was put into the project but it was destined to never fire a shot in anger. 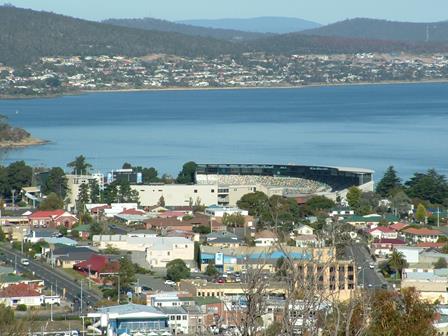 Spanning the Derwent River between Hobart and Belrieve is the Tasman Bridge which was opened in 1966. Just nine years later it was hit by a huge ship destined for further up the river. It caused part of the structure to collapse onto the vessel and it sank as a result. Several cars plunged into the river and a total of twelve people died in the disaster. The aftermath was commuter chaos with people suddenly unable to reach the city.

The second bridge a few kilometres up the river wasn't built at this stage. Ferries were employed until the bridge could be rebuilt and two huge piles that look slightly different to the others is a lasting reminder of that day. There is a sign on the footpath now that reads "Warning - do not cross the bridge if large ships are approaching"! 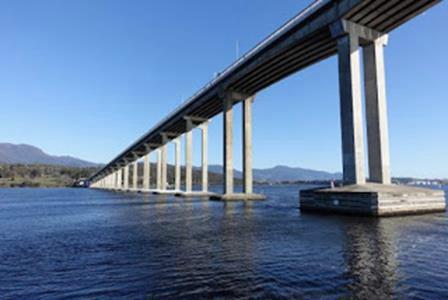 The focal point of Hobart city is the waterfront at Sullivan’s Cove and the iconic Salamanca Place. This picturesque row of four-storey sandstone warehouses is some of Australia’s best preserved historic architecture and dates back to the 19th century whaling era. Nowadays it is a vibrant cultural precinct and the buildings are used as galleries, studios, performing arts venues, restaurants, bars and shops. There is a large Saturday market here offering a maze of bargains, buskers, food and arts.

The nearby waterfront includes Constitution Dock where the annual Sydney to Hobart yacht race finishes. This whole area is a great place to explore or simply sit and watch the various harbour activities. Just a few minutes walk from the dock is the Tasmanian Museum that features an interesting collection of colonial relics and Aboriginal art. Also a very short walk from the waterfront is Battery Point which is a nest of 19th century cottages and lanes which takes its name from the 1818 gun battery that once stood on the promontory. 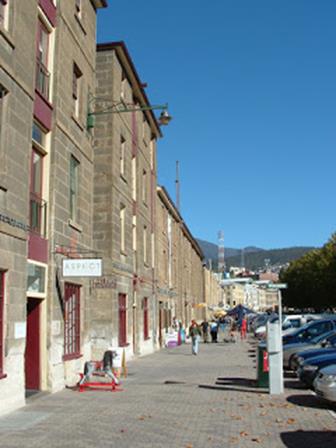 On my final day in Hobart I did a run along the bike trail that leads up the valley beside the Derwent River. As much as I would have liked to, I didn’t make it all the way to an area called Claremont which is where the Cadbury chocolate factory is. Instead I explored Queen’s Domain and the beautifully kept botanical gardens. It was a final opportunity to enjoy some serenity and reflect on the wonderful time I’d had before embarking on the next phase of my journey.