It was then a long day of bus travel down to the southern coast. The estimated six hours stretched to over eight by the time I finally reached my destination. When I started that morning I didn’t even know exactly where I’d end up. I had a couple of days up my sleeve and there are a number of beach towns along the coast that I could have chosen. I eventually decided that Unawatuna was the best option because the name has such a ring to it. Well, actually more because it has a lovely curving stretch of beach and its close proximity to Galle but the name is just great isn’t it? 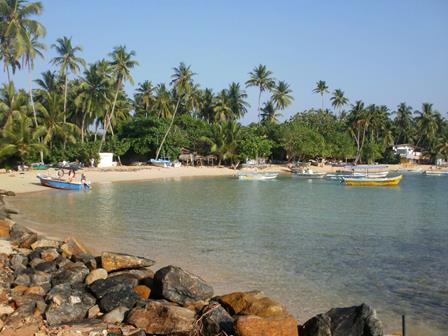 My final challenge in the gathering gloom was to find a place to stay which I knew wasn’t going to be easy. It’s peak tourist season now but after some searching, I found myself a nice room at a very reasonable rate. Staying in Galle itself is quite expensive so I thought why not have the best of both worlds? The city within a ten minute bus ride but cheaper accommodation and the beach to welcome me home after a hot, sweaty day’s sightseeing. The steamy heat of the coastal lowlands has been quite different to the fresh mountain air I’d become used to in the Hill Country!

Galle reminds me a little of Melaka in Malaysia because of its rich maritime history and occupation through various periods by the Portuguese, Dutch and British. The older part of the city is built within the fort walls and is a wonderful collection of Dutch colonial buildings, little boutique shops, cafes, hotels, churches, a mosque, library, museums and a few commercial buildings. Unlike the typical Sri Lankan tangle that is the new town, these streets are blissfully quiet and atmospheric. 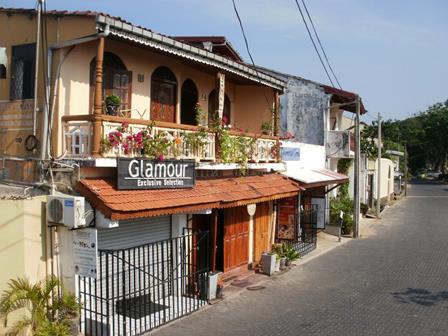 The 36-hectare fort covers most of the promontory that is the original part of Galle. I climbed up onto the massive walls and walked a complete circuit of the fort. Starting at the main gate, I passed the original old gate and a number of bastions located at strategic points. It was interesting to note how the part of the wall facing inland was the most heavily fortified. 350 years after its construction through it all remains very robust and this was proven when it protected the old quarter during the 2004 tsunami. In contrast, the new town and much of the surrounding coastline was devastated. 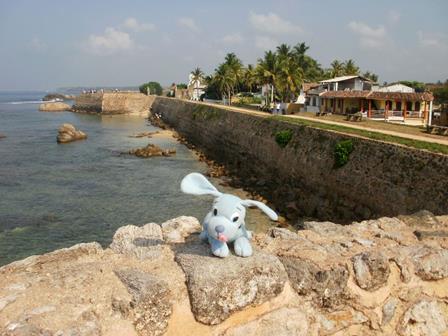 Walls of the old Galle Fort

Historically, the most interesting building in the fort is the Dutch Reformed Church that was completed in 1755. The floor is paved with gravestones from the old Dutch cemetery, with the oldest dating from 1662. I’m not sure that it is still used but the original pipe organ from 1760 sits in the church and the pulpit is made from Malaysian wood that would have been brought to Sri Lanka on a trading ship. Next door to the church is the Amangalla Hotel built in 1684 to house the Dutch governor and officers. 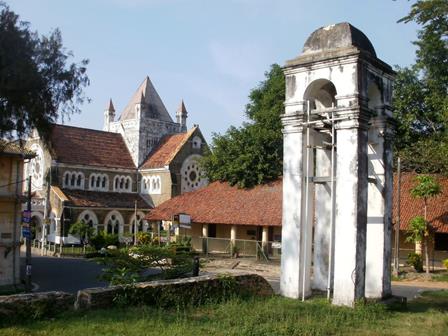 History abounds at almost every corner you turn in this wonderful place. There is a bell tower built in 1901 and a slab over the doorway to the Dutch Government House bears the date 1683. There is an old shipping office with a beautifully preserved 19th century ship arrival board on the front wall. The National Museum (yes, another one) was closed but I did visit the Maritime Museum. This has been renovated recently and just reopened again a couple of years ago. I found it to be more museum than maritime but the displays were well put together anyway.