After a break for Christmas the planting season was at its peak and the operation went 24 hours a day. I was asked if I’d like to supervise the nightshift guys and initially I didn’t like the idea. But when I found out the new pay rate and that I’d get a room at camp with a private bathroom my arm was twisted. My hours of work were now 6pm to 6am. In the dining room breakfast was now dinner and vice versa. I’d be sleeping in broad daylight and my whole world seemed upside down. I coped but it’s something that I never really got used to. 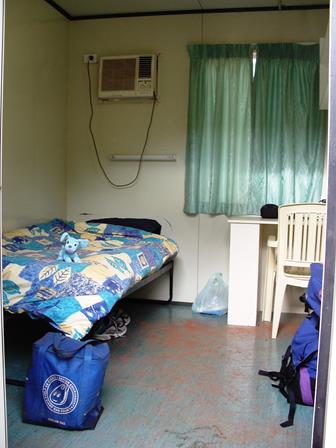 “It’ll be great” the guys told me, “we’ll be avoiding the heat of the day the others endure”. Heat and humidity, sweat and dust. It was true the night was cooler but it also brought with it the mosquitoes and dingos. We had to cover up and ensure that food was always securely hidden away in the truck. And it was dark and although we had light towers and headlights, little mechanical problems always seemed to be magnified without daylight. It was a challenge that we had to embrace and do the best we could. 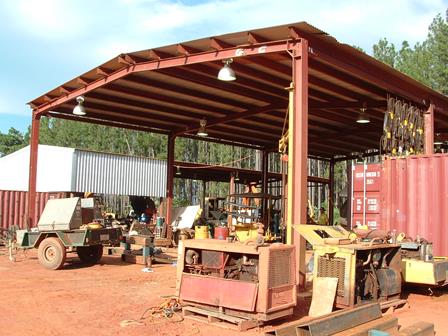 As supervisor, my job was to ensure that my crew put as many tree seedlings into the ground as possible each shift. While the guys were out planting, I had to supply them with everything they required. Seedlings, fertiliser, water, encouragement and the occasional kick up the arse. I had to keep track of everything and if numbers on my paperwork were down, it was me that got asked the questions, not them. Occasionally I’d jump on a tractor or planter unit to keep things moving but generally the guys did a good job.

According to some sources, Melville Island receives the more lightning strikes than anywhere in the world. January is storm season and after heat building through the day, they often roll in during the night. So, it added another dimension to the nightshift and the lightshow across the skies were spectacular at times. One night I had one tractor about to start a run but I quickly told them to park up and take shelter in the truck. As the rain came in I jumped in the ute and raced up the top end of the field where I found two guys crouching beside the wheel of their tractor. 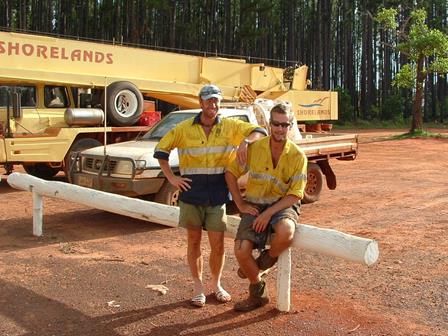 With Paddy after work

I know from experience when the rain is coming in sideways it's about the only shelter you can get! I yelled at them through the wind and rain to jump in because we had to get out immediately. It was too late though...we couldn't engage 4WD and became bogged. Fortunately we had radio communication with the truck and they said a tractor would be up to get us when the rain eased. But not before! So we sat for about 45 minutes watching the most amazing lightning all around us and listening to the frightening booms of thunder that closely followed.

Eventually the rain did ease and a tractor arrived to rescue us. It was an easy job to pull it out and we left the muddy field at about 4am. I’d learnt the hard way that as big and powerful as tractors are, they’re often no match for the conditions. That night we’d bogged a tractor and the larger one I sent in to tow it out also became bogged. It was a job that called for resourcefulness and creativity in problem solving. With no mechanic on the nightshift I often felt like MacGyver trying to keep the planter units out on the fields instead of parked up at the end of a row. 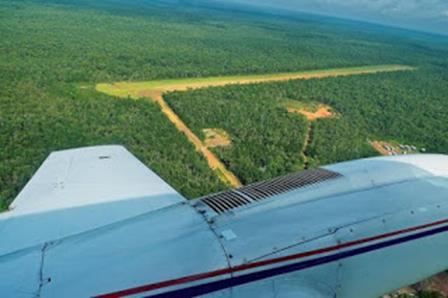 The peak of the season came and went fairly quickly. Night shift finished and it wasn’t too long after that the whole operation ceased. On my final rotation on the island I was offered pruning work with another company but I’d had enough. It was an unforgettable experience, I’d made new friends and my bank balance was finally looking reasonable. It’d been six weeks and now the Kiwi on the Tiwi was finished. It was time to return to Darwin, pack my things and find a ride going south.