Fortunately things improved that morning when I managed to get a room at the YMCA. It wasn’t flash but it was clean and a reasonable price. It’s an old building and the bathrooms have a waft to them but in fairness, they are in the process of renovations and improvements. It’s a work in progress and when water started dripping into my room during heavy rain the second night I realised there is still quite a bit to do!

Accommodation woes aside, Colombo isn’t one of my favourite cities but it did have a few highlights. I stayed in the Fort area which is named as such after the British built breakwaters and a fort there. No remnants of this structure remain today though. Instead, sightseeing in this part of the city is done at a handful of churches, mosques and Hindu temples. Sri Lanka seems to be a more religiously balanced country that isn’t deeply rooted in Hinduism like India is. Buddhism in particular seems to have a very strong presence here. 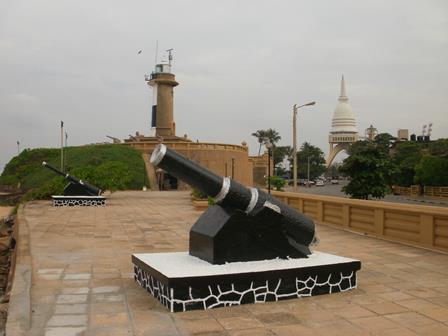 Breakwater of the old Colombo fort

The 1749 Wolvendaal Church is the most important Dutch building in the country. It was so named because the Europeans mistook packs of roaming jackals in the nearby wilderness for wolves. Hence the name translates to English as ‘Wolves Dale’. I found this amusing because it reminded me of my visit to Rottnest Island off the coast of Perth in Western Australia. This was also discovered and named by the Dutch. The name in English is ‘Rats Nest’ because they mistook the resident quokkas that live there for large rats!

Another interesting church I visited was St Anthony’s. At a glance, it looks like a typical Portuguese Catholic church but inside it is distinctly subcontinental. Devotees pray in front of a dozen ornate statues in glass cases and the larger one of St Anthony himself is reputed to be endowed with miraculous qualities. Mothers often bring their teenage daughters here to pray that evil spirits won’t take advantage of their girls’ pending sexuality. 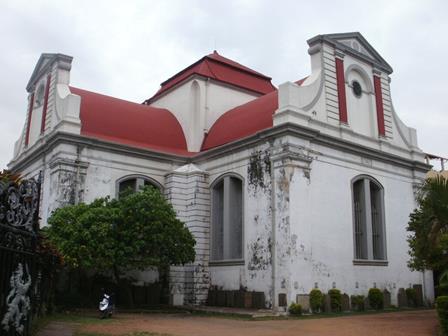 In the narrow old streets immediately inland from the Fort area is the bustling market of Pettah. It may seem chaotic and with crowds of near Biblical proportions during rush hour, it probably is. However, in the chaos there is actually a degree of organisation because each thoroughfare has its own specialty. So it’s actually quite easy if you know what you need and where to find it. If you’re just there for a look then hold on to your hat and enjoy the ride!

Going south from the Fort area is a large oceanfront lawn area called Galle Face Green which makes for a pleasant walk. Going inland is the suburb called Cinnamon Gardens which, as the name suggests, is a nice area and home to some of Colombo’s most exclusive addresses. It is also where the largest city park, National Museum, art gallery, theatre, town hall, cricket stadium and university are. I spent the best part of a day exploring this area which was an enjoyable change from where I was staying. 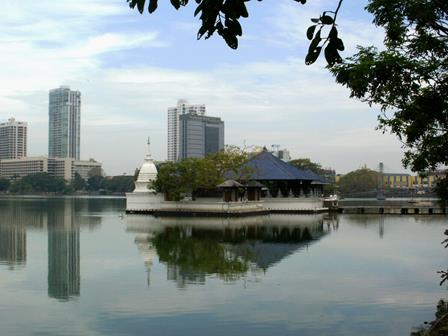 South Beira Lake is also in Cinnamon Gardens and has a Buddhist mediation centre beside it. A short walk from here is what I thought was the best tourist attraction in Colombo: the extraordinary Gangaramaya Temple. Inside the temple is a stunning array of huge colourful images of Buddha and beautifully painted walls and ceiling. For a donation that goes to handicapped children, I visited the museum which is an amazingly diverse and priceless collection of gifts that have been presented to the temple by worshippers over the years. There were ivory carvings, porcelain and ceramic items, jewellery, bronze and gold Buddha statues, paintings and coins. It was actually like being in a fabulous antique shop instead of a museum!

The National Museum is one of the must-see sights of the city. Inside, there are numerous displays featuring carvings, artwork, weapons, coins, sculptures and other artefacts from the colonial period. There was also a wealth of information to read with most having English translation. On the other hand, the National Art Gallery as it is called is something of a joke. Unless I missed something, there is one room containing a random selection of paintings and that’s it. Less than ten minutes and I was gone again. 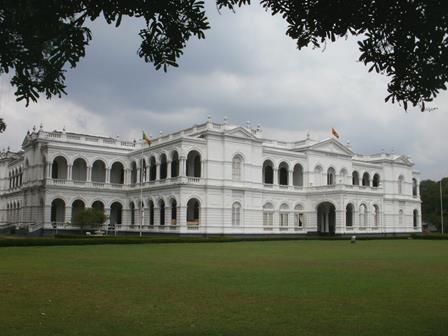 I finished my time in Colombo in the area called Mt Lavinia, which is oddly named considering it is a beachside suburb and nowhere even close to a mountain. It is 11km south from Fort but still well within the urban sprawl of this huge city. In the muggy climate I was tempted to have a swim but the water wasn’t very clean. So I relaxed with a drink for a while until the overcast skies started to give way to a shower of rain. Instead of seeking shelter I walked and enjoyed the feeling after so many hot, dusty days. It was refreshing and nice listening to it on the roof that night.