At the sleepy little town of Pemberton we stopped at the Bicentenial Tree which was quite amazing. Originally used as a fire lookout, it has 130 steps attached to it that spiral up around the truck to a viewing platform some 70 metres above the ground! I have to admit the palms were a little sweaty but I made it safely and enjoyed the great view from the top. The Gloucester Tree offered a similar experience but was slightly lower with a 60-metre elevation. 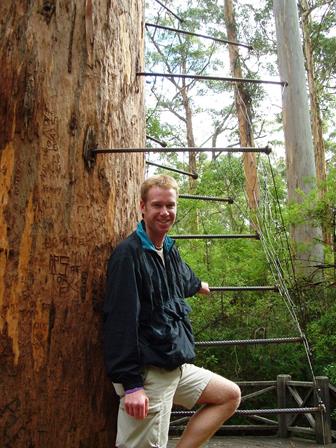 Our destination that afternoon should have been Augusta which is the most south-westerly town in Australia. Unfortunately we made a navigation error and ended up in a little place called Nannup. So we decided just to go on to Margaret River and return to Augusta and Cape Leeuwin the following morning. The historic lighthouse at the south end of the cape is one of the few places in the world where you can see where two oceans meet. Looking out from the windswept point the Indian Ocean is on the right and the Southern Ocean to the left. 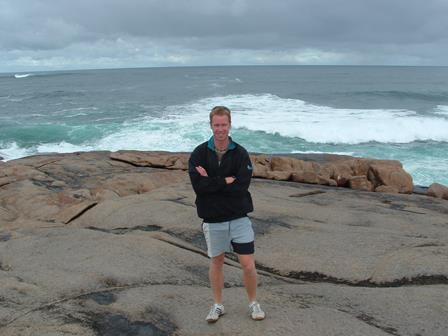 The lighthouse is also the start (or finish depending on which way you do it) of the Cape to Cape walking track. The other end is 135km north at the Cape Naturaliste lighthouse. I walked about 40 minutes up the track but didn't feel very inspired by it. It didn't seem very well maintained and the scenery would probably be similar all the way up the coast.

The next day was one for the girls. We went first to the Margaret River Chocolate factory and then wine tasting around the seemingly endless choice of wineries. I couldn't participate too much because I was driving but I had the privilege of tasting a 1981 port that sells for $250 a bottle. We made a quick stop in Dunsborough and then headed out to the lighthouse at Cape Naturaliste. Unfortunately it was only accessible by a tour which we didn’t have time to wait for. So we did a walk around the rugged point and enjoyed some nice ocean views instead. 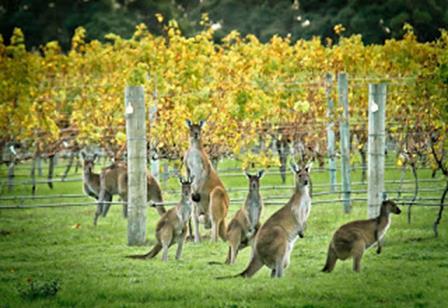 Kangaroos on a Margaret River vineyard

On our way north we stopped in at Busselton to admire the famous timber-piled jetty. Built in 1856 and stretching 1,841 metres out into the ocean, it has the distinction of being the longest of its kind in the Southern Hemisphere. Our destination for the final night of our tour was Bunbury, which is the only city in the southwest region. It doesn’t have a lot to recommend it but it’s pleasant and we visited the art gallery housed in an old restored convent before making our way to the local campground. 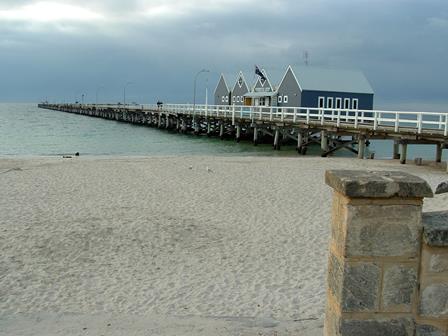 The reason we wanted to camp in Bunbury was the bottle-nosed dolphins. About 60 of them live in the bay year-round and their number increase to about 260 over summer. In a similar way to Monkey Mia, they come in almost every morning and check out who is checking them out. It was an interesting experience because the dolphin centre is run by friendly volunteers and it's not as tourist oriented as Monkey Mia. A couple of dolphins came in and swam around as we stood knee deep in the rather cold water.

And has we dried our feet and returned to the car, our tour was complete. Ten days had disappeared quickly but we’d packed as much as we could into the time. It’d been a great little adventure but it was time to return to the relative comfort of a Perth hostel bed, hot meal and a cold beer.