On a weekend away from Brisbane, I went on a road trip with a friend to the city of Bundaberg. This old-fashioned country town is firmly on the east coast budget travel trail because of the abundant fruit-picking and farm work. On my travels I met many backpackers who were doing three months of harvest work to claim a second year on their working holiday visa. ‘Bundy’, as it is usually referred to, is a popular destination for this reason alone but its biggest claim to fame is the iconic Bundaberg rum that is made at the distillery here. 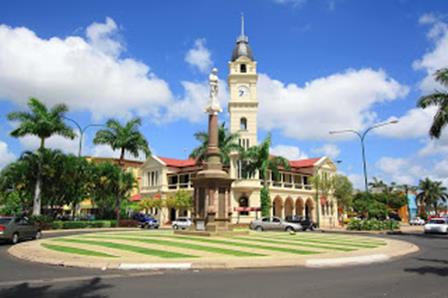 It was a leisurely journey so we only arrived late in the day. Enough time to visit the Botanic Gardens and take a stroll down the wide, palm-lined main street. What we really wanted to do though was get to the beach of Mon Repos, about 15km north of the city. There was no rush though because we were going to see the female loggerhead turtles that come ashore and lay their eggs in the dead of night. What we didn’t realise though is that advanced bookings are generally required. 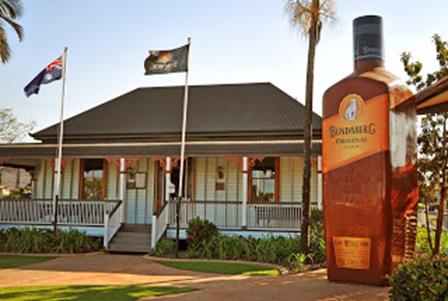 I thought we were going to miss out but the visitor centre staff were very obliging and included us in a group led by volunteers. We were grateful for being able to witness one of nature’s unique events so up close and personal. From the moment a turtle was spotted emerging from the ocean, we followed it at a respectful distance as she lumbered up the sand. At her chosen nesting site, we watched as she scooped a shallow hole in the sand with her flippers and laid nearly 100 eggs. Seemingly oblivious to the attention, she then covered them over before returning to the ocean. 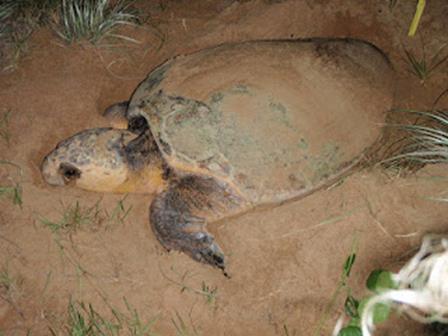 We were told that about eight weeks later the turtle hatchlings will come out from the eggs and dig their way to the surface. Under the same cover of darkness that they were placed there, they then emerge en masse and scurry down the sand to the water as quickly their little flippers will carry them. In the ocean it’s a brave life or death struggle for survival and the few females that make it to maturity will eventually return to exactly the same beach to continue the cycle.