A wonderful couple of weeks disappeared quickly and it was time to head south to Brisbane. The Queensland capital shares its name with the Brisbane River that winds through the heart of the city. It’s an easy going place where green spaces, an artificial beach and historic buildings are woven into a modern urban landscape. There is a vibrant arts and sporting scene and when you add the temperate sub-tropical climate you have a few reasons why it has since become my home. 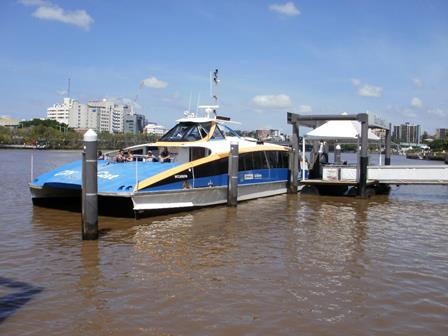 The jewel in the Brisbane city crown is the lovely strip of lawns, rainforest and cultural attractions along the southern bank of the river. Southbank Parklands is a remnant of the World Expo in 1988 and there has recently been a 60m sightseeing wheel added. Southbank is bordered at one end by the Cultural Centre which is a sprawling area including the State Library, Performing Arts Centre, Queensland Museum and Art Gallery. On the other end is the Maritime Museum and I’ve taken time to visit all these fine attractions. 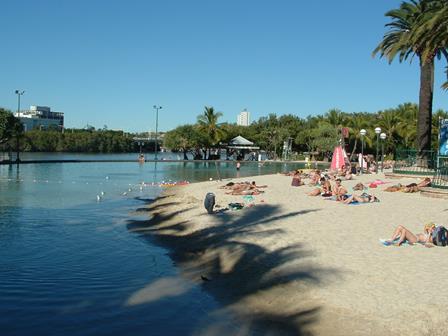 Lagoon and beach at Southbank

The landmark across the river is the lavish old Treasury Building that is now the city’s casino. It marks the beginning of the Queen St pedestrian mall and a CBD where all the streets running north-south are English queens and those running east- west are kings. Brisbane has two botanical gardens, one of which is beside the river in the city and the other a short drive away at the base of Mount Coot-tha. There is a superb lookout on top of the mountain that offers views of the city and out to the Moreton Bay islands. 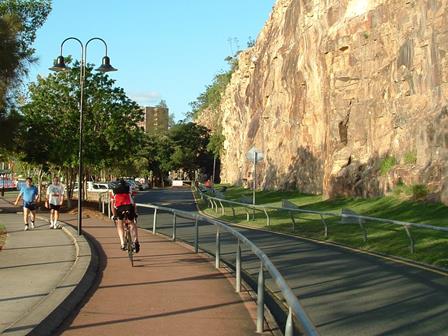 Several significant bridges cross the Brisbane River but the most iconic of them is the Story Bridge which has recently celebrated its 75th birthday. Although I’ve crossed the bridge numerous times, I’ve never done the adventure climb that ascends to its highest points 80 metres above the river. There is a large network of cycle paths in the city including scenic routes that follow the river but there’s nothing quite like actually getting out on the water. Aside from the cruise boats, there is a large fleet of city ferries gliding the river every day so no excuses! 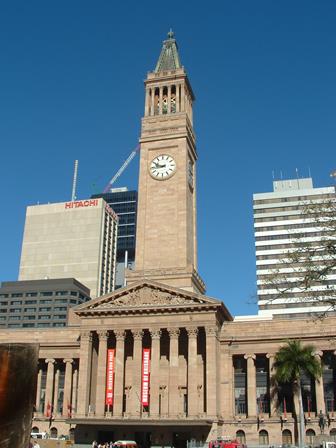 The icon of Brisbane is the attractive 1930’s sandstone City Hall that proudly overlooks King George Square. It was closed to the public for a number of years because it required extensive restoration but it is now reopened with a magnificent interior. The observation platform up in the bell tower offers brilliant city views and tucked away in the same building is the Museum of Brisbane which showcases the history and cultural landscape of the city. A very short walk away is one of the world’s largest subtropical urban gardens, the lovely Roma St Parklands.