Aside from the diverse scenery, I also enjoyed seeing a range of Australian wildlife. I saw or heard kangaroos most days, with some large ones in the south. At various times I also saw emus, feral cats, pigs, quokkas, a bobtail lizard, skinks, bandicoots and of course snakes. While I was disappointed only seeing one snake in the northern half, my count quickly increased along the southern coast. There were a number of the relatively harmless dugites but also the larger and more dangerous tiger snakes. I spent a lot of my time watching for them on the track in front of me, especially if it was sunny. A venomous snake bite out in the wilderness would mean a lot of trouble so I decided that prevention was by far the best cure! 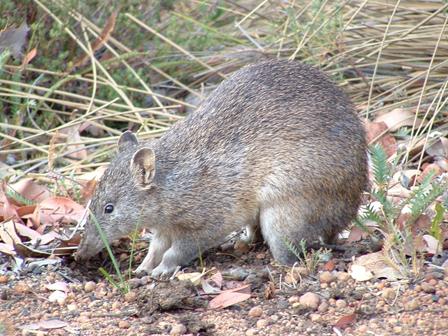 There were also many different types of birds to admire along the way. I didn't have a book to identify many of them but I did get to see the mighty wedge-tailed eagle and the protected red-tailed black cockatoos. Some of the smaller birds such as the blue and fairy wrens were very friendly around the campsites. They would often come within a few feet of where I was sitting, especially if it happened to be lunch time. I didn't actually see one but I often heard kookaburras calling out from the trees somewhere.

Then there was the wildlife that I didn't enjoy or appreciate. March flies must surely be at the top of this particular list. These are large flies with a nasty bite that will even go through clothing. Fortunately though they are relatively docile and you can kill them with a reasonable success rate. The best thing after you've hit them is to watch the ants attacking it. It's a fearsome struggle that can go either way but generally the ants overpower the stricken fly. I felt no compassion because they often made me feel like the only whale in a Japanese fishing contest. 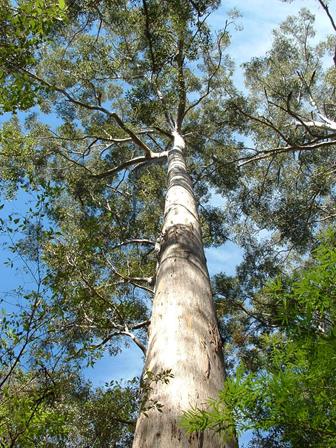 A close second to the flies were the mosquitoes. They seemed to be worst along the southern coast and I had one particularly bad night where they were constantly buzzing around my head. One shelter seemed to have a problem with ticks but I quickly removed them before they could do anything. And finally...leeches. After swimming in one of the lakes I found a couple on my feet and pulled them off just in time. Nasty!

As I progressed south the scenery began to change more dramatically, especially as I got into the karri forests. The karri are the very tall trees and one of the icons of southwest Australia. They actually shed their lower limbs as they grow so a mature tree will have a huge single trunk supporting branches high above the forest floor. Walking beneath these majestic trees was a great experience. I also loved the tingle trees which were also very tall but seemed to have more character with knobs on their trunks and twisted branches. Many of them had the bases of their trunks hollowed by fire but continue to grow. 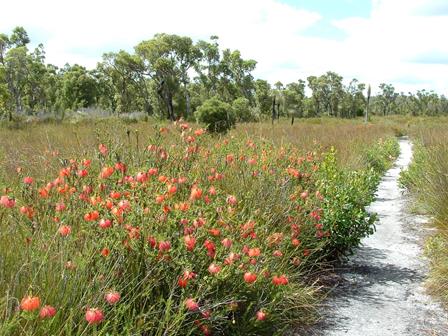 Before reaching the coast, the track comes south through an area called the Pingerup Plains. It was a section that I particularly enjoyed and not just because the terrain was as flat as a chessboard. The plains are characterised by large flat areas of low bush and pockets of forest. Red bottle-brush flowers added a nice touch of colour along the way. This is the area that can be very wet and swampy in the spring. While I was walking though the reeds and scrub I could see the dry cracked mud where water had once been. Two shelters in this section are located beside granite domes that offered panoramic views in all directions including my first glimpse of the Southern Ocean.