Adelaide is overlooked in the east by the Mount Lofty Ranges that are often referred to as simply the Adelaide Hills. This is the gateway to the Barossa Valley that is Australia's premium wine growing area. Many of the top wineries such as Jacobs Creek, Penfolds and Wolf Blass are located there. The vineyards aside, the idyllic towns and beautiful scenery of the valley make for a great day trip that I did with my friend and his wife. 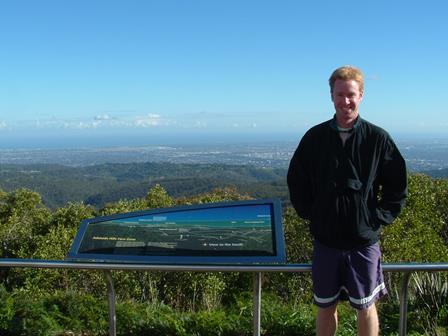 The summit of Mount Lofty (727m) is generally the first stop on such a trip because if offers and had spectacular views over Adelaide, the Fleurieu Peninsula and Gulf St Vincent. Although it was a sunny day, it was a cold wind at the top so we were soon back in the car and heading to the historic town of Hahndorf. It is undeniably pretty with German flags hanging from sandstone buildings and colourful flowers growing in half wine barrels. That aside, it has an interesting past and the distinction of being the oldest surviving German settlement (1839) in Australia. 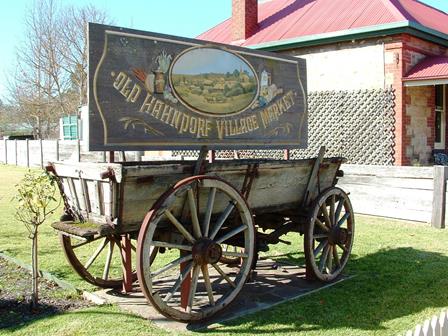 A scenic drive north through the Torrens River Gorge leads to Gumeracha. This hardy little hillside town attracts tourists in the area because it is home to the largest rocking horse in the world. It should just be called the largest horse because it doesn’t rock but it is impressive and part of a toy factory selling handmade wooden toys (and big rocking horse souvenirs!). For the record, it stands 18.3m tall, has a length of 10.5m, weighs 25 tonnes and yes, we climbed to the top of it. 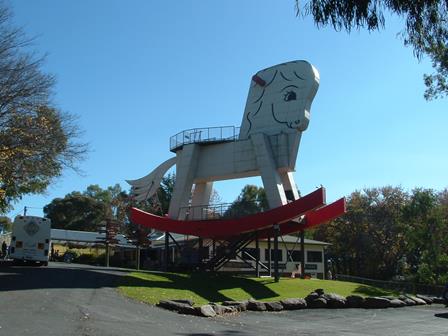 Into the Barossa Valley, we stopped at Menglers Hill Lookout for lunch. This offered a lovely panoramic view over the floor dotted with vineyards. We visited a few wineries including the famous Penfolds and another one called Chateau Dorrien. It's one of the few places that make the honey wine called mead and I bought a bottle there. There are a few different varieties and a couple are best to drink warm. Ideal in winter but either way, it is oh so good! 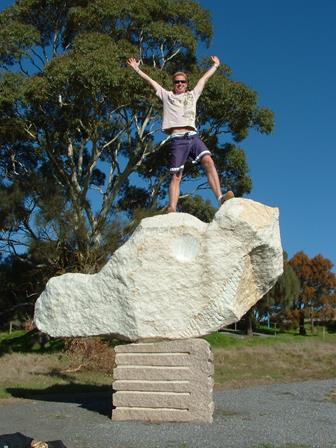 My mother's great-grandparents were German and settled in the valley many years ago. I took some time out to find the road that they named and see where their farm was. I also found the small Lutheran cemetery where they are buried together with a few other relatives from that side of the family. Unfortunately after doing all that it was nearly dark and we were a bit late to visit Jacobs Creek winery but we'd had an excellent day anyway.