This huge city of some six million people is truly cosmopolitan and the hub of India’s booming IT industry. Fortunately though, in the surge of urban development some care has been taken to preserve some green space and the city’s colonial heritage. This is evident in the large Cubbon Park which is home to the attractive red-painted Gothic style State Library and High Court buildings. Behind the court is the massive Vidhana Soudha building with the amusing inscription on the front reading “Government Work is God’s Work”. I’ll let you judge for yourself if this is true! 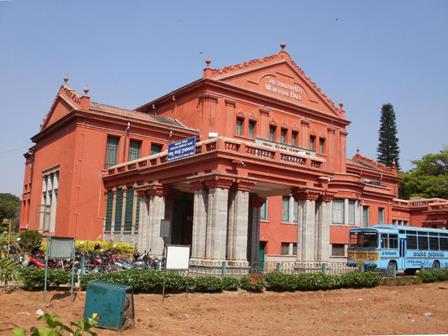 There are a few interesting museums in the city and I visited a couple of them. The first was an Industrial and Technical Museum that was totally interactive. So, it was time to release the child within and play with a large number of scientific exhibits. There was an interesting display on the Wright Brothers and a replica of their plane the Kitty Hawk. In their research on the first ever flight there is no mention of a New Zealander by the name of Richard Pearce though.

It’s been a big day today with a lot of walking. The highlight was roaming through the huge Lalbagh Botanical Gardens that sprawl over an area of 96 acres. That’s a lot of garden to maintain but it’s being done well and with an unusual absence of litter it’s a very pleasant place to visit. The serenity here contrasted to the hectic pace of the City Market that I visited earlier. I’m sure in its day it was more impressive but the small and rather ordinary Tipu Sultan’s Palace wasn’t worth the cost of admission. The ornate temple adjacent to it was equally interesting and completely free. 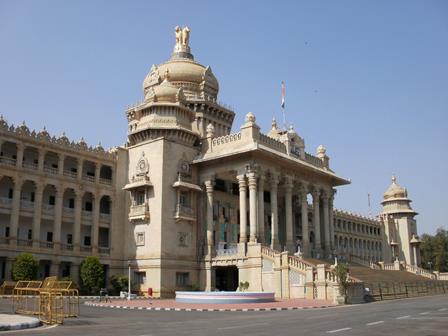 I visited a couple of other temples today where, being a Sunday, worshippers were out in force. Strangely though, the cathedral was deserted and not even open. So I went to the nearby cricket stadium and was met at the gate by two security guards who took their roles seriously. They reluctantly let me take a photo from the gate and watched my every move. I wonder what on earth they thought I was going to do! I finished my day at the Government Museum and adjoining art gallery that had displays featuring ceramics, sculptures, paintings and a large model of the original city fort.

So that’s it. I’m not really sure how I’ve done it but I’ve managed to get though 24 days without the hint of the stomach problems that plagued my last trip through the subcontinent. I lost 14kg on that particular adventure so I can only hope that things continue to go well for the next few weeks! 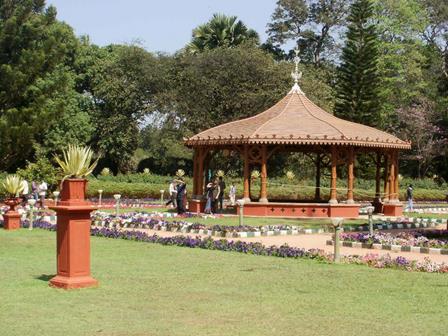 My good health has contributed to a very enjoyable time here. It’s been a great journey and included so many sights, sounds, smells, tastes and wonderful people. It really is an extraordinary country that creates such enduring memories for all who come here. While walking around on my very first day in Chennai I passed a busload of Korean tourists. The words “Incredible India” were on the side of their bus. I was reflecting on that last night and realised how true it is.

But I couldn’t help wondering how ‘incredible’ it is being shuttled around in an air conditioned bus and staying in luxury hotels along the way. Part of what makes India incredible is getting to the grassroots of the country through talking to the local people and understanding their culture. Travelling on a budget naturally creates those opportunities and although there are discomforts involved, being insulated from them somehow wouldn’t be a complete experience. 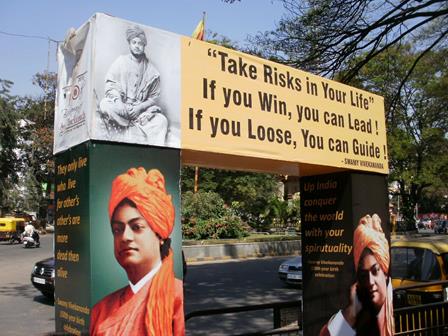 Words of wisdom on the Bangalore streets

Apart from all the wonderful sights I’ve seen, simple things that happen every day are what has made India incredible. Getting sweaty and dusty walking traffic choked streets. Haggling over the price of a rickshaw ride. Dropping a couple of coins in the dirty hand of a beggar while waiting for a hopelessly overcrowded bus. Asking directions from someone who speaks so quickly all you can do is nod, smile and say thanks. Talking with young men who love cricket and girls that love men who love cricket. Eating a meal and finding out just how relative the word ‘spicy’ is.

These are just a few of the things that make India what it is and I’m fortunate to have been given the opportunity to experience it again. I can only trust now that Sri Lanka offers something similar. I’ll let you know next time!